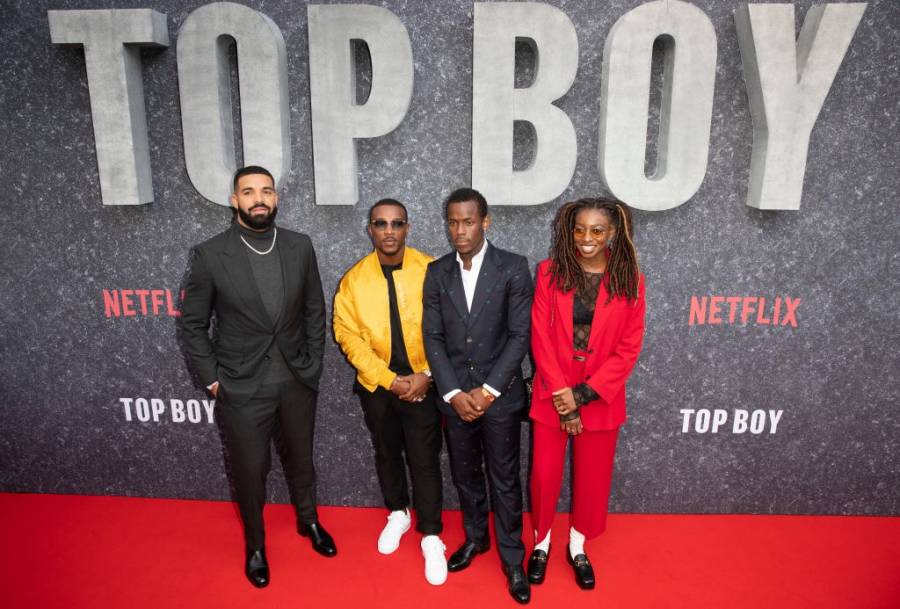 In addition to Drake’s Netflix series Top Boy premiering this Friday (September 13), the Scorpion rapper is also blessing fans with a soundtrack.

The announcement was made on Tuesday (September 10) through Twitter. “TOP BOY ( a selection of music inspired by the series ) Available everywhere Friday Sept 13th @topboynetflix,” the tweet reads.

As per the announcement, it’s unclear whether or not the upcoming soundtrack will feature new music from Drake. Back in 2017, Drake explained that he caught the series on YouTube and was immediately in awe of the storyline. “That human element drew me in,” Drake told The Hollywood Reporter. “I started just looking them up. Like, who are these people? Are these actors I should know? Are they just famous over there? I remember I hit Future, and I was just like, ‘This show is incredible.’”

Last week, during the show’s premiere event in London, Drake delivered a heartfelt speech centered around the team’s relentless work with the project. Despite some people stating that Drake shouldn’t be a part of the show, the 32-year-old rapper used that as inspiration to create something worthwhile.

“I think September 13th is a real U.K. heritage moment that you should all be very proud of. You all made it happen, I just really wanted it to happen. To the cast, new and old, the crew, the writers, the production team — everybody that pulled this all together. I really do appreciate it,” he said.

This isn’t the first time that Drake has served as an executive producer on a TV show. Earlier this year, HBO called on Drizzy to work on Euphoria. Two months ago, Drake announced on Instagram that the show was approved for a second season.