#DXCLUSIVE: Dave East Speaks On The Importance Of The Wu-Tang Co-Sign 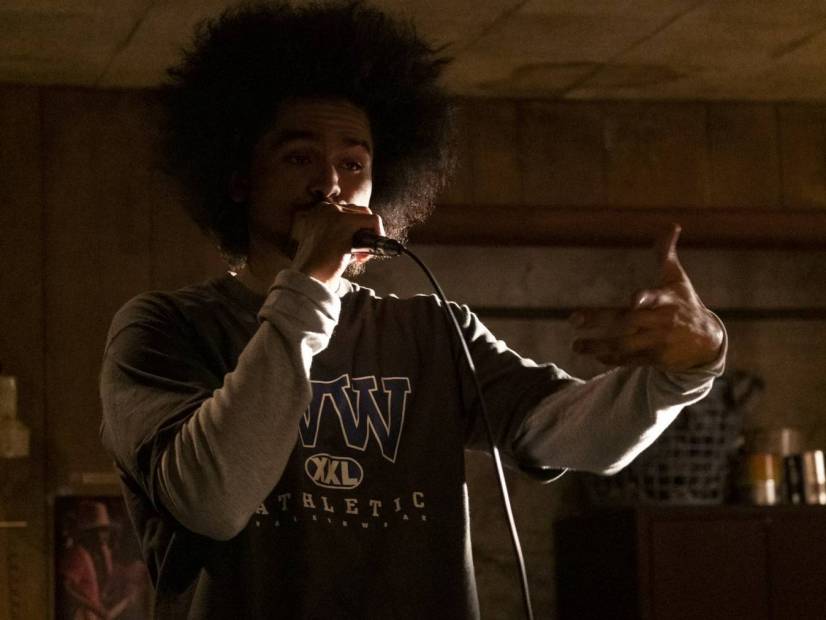 Los Angeles, CA – Casting for television is a tricky business, especially when it comes to a project that is biographical. You’re not just trying to bring in the casual fan, you’re fulfilling a duty to the unforgiving fans of the subject being portrayed.

For NYC native, Dave East the stars seemed to align perfectly for him to make the leap from the booth to the screen. The rising star MC signed on to play Method Man in Hulu’s new bio-series, Wu-Tang: An American Saga.

East, who recently made his feature film debut in the Netflix film Beats, knew that in addition to the powers that be at Hulu, he would also need the blessing of the seminal group themselves.

“[Wu-Tang is] who I really wanted to get that stamp of approval from cause that’s who I grew up on. Those are the artists that inspired me from when I was a kid ’til now, that are the reason I rap, I wanted to have relationships with them and pay homage to them cause I would never have taken rap as serious if I didn’t see them make it first,” East told HipHopDX in an exclusive conversation. “My first meeting with Meth was cool. We actually met in Staten Island and he was actually telling me his son is a fan of my rap,” he added.

East got an added seal of approval as Wu’s venerable architect and sound smith RZA walked by during the interview and sang his praises for the young star.

“He’s honorary Wu. When you see him doing his thing in this series, especially episode 7, he basically has to carry the whole episode,” said RZA. “This man is on fire, he’s on his path to some ill shit,” he added.

East grew up in Harlem and has lived all over, but New York is bigger than many people realize. After spending some time in the borough that made the supergroup famous, he realized just how much they meant to the community that made them.

“I’m from Harlem and I grew up in Queens, Manhattan, I lived in the Bronx but I’d only been to Staten Island maybe three times in my life. It was always mad far, the ferry and all of that so this was the most time I’ve ever spent in Staten Island being on this Wu-Tang set, actually being in their hood, being in Park Hill where they’re from,” East noted. “I never did that before, and seeing the reaction from the people that live out there, that was dope. Just their whole vibe the whole culture of what they brought to hip hop and to New York, being able to see how RZA put that together was priceless. I feel like this series is the only way they could have really expressed how it all happened.”

Timing is everything in this business and while this series seemed destined to be a part of the Mass Appeal MC’s life, the timing wasn’t just good fortune, it was strategic.

“I always wanted to act. I just didn’t know how to do it, how to meet somebody to put me in a movie but I always felt like rap would get me in the door. And then with Nas signing me I knew that as far as rap goes I got a good stamp but I’ma have to make my own name in acting, whatever else I do, clothing. I made my own name in rap but I got Nas to stamp it,” said. “Now I got RZA to stamp my acting, but rap was the door opener, it got me out the hood, provided a way for me and my family to be cool.

“I feel like rap was my intro to [director and executive producer] Chris Robinson. I had just done a film with him called Beats. That was my first film. And then he reached out and said he was doing a Wu-Tang project and thought I could be [Method Man]. People always told me I look like him or remind them of him so I thought let me see if I could really get into that character. By the time I spoke to Meth, Meth was like ‘I’m glad it’s you.’”

Meth wasn’t the only OG that was excited that the young MC got the part.

“When I told [Nas] I was gonna be Meth he went crazy, he was like ‘I could see it son.’ He said ‘you always give me that Meth vibe anyway, you’re tall, the girls like you.’ He was ecstatic,” East remembered. “When the trailer came out he called me like ‘Yo, this look even crazier than I was thinking it was gonna be.’ He supports everything I’ve been doing. He always talks to me about being a brand, not just being a rapper, not just being an actor but becoming a brand and Dave East is a brand.”

Like most artists that endeavor to widen their reach beyond just being the talent, East ultimately has aspirations as an executive and the first story he wants to tell hits close to home.

“I would really like to do the Richard Porter story. He’s from Harlem and I wanna do his story cause Paid In Full came out but that kinda touched on [the story] but I wanna do a story on Rich, just his whole style and what he brought to Harlem,” East revealed. “He died tragically but I feel like his is a story that hasn’t been told unless you’re from Harlem then you know it. I got people that’s close to him that if I actually want to put that into the works I could get all the info I needed.”