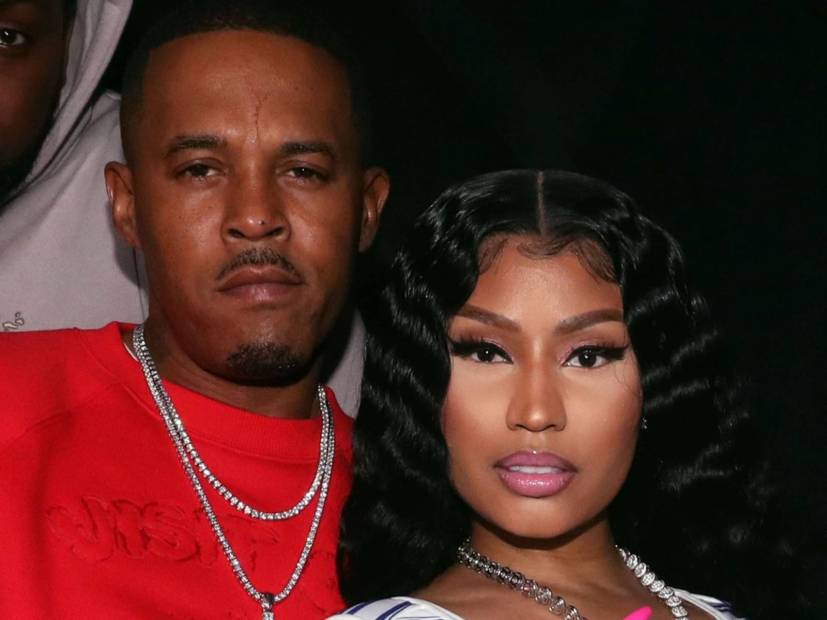 Nicki Minaj is officially a married woman. According to her most recent Instagram post, the platinum-selling artist and fiancé Kenneth Petty tied the knot on Monday (October 21).

Petty and Nicki started dating less than a year ago but have known each other since they were teens. Their relationship raised a few eyebrows when Petty’s criminal record was revealed.

The 41-year-old Queens native was convicted of first-degree attempted rape in April 1995. Prosecutors said he used a sharp object in attempt to force a 16-year-old girl to have sex. He served roughly four years in a New York state prison.

After Petty was released, he was convicted of first-degree manslaughter. He served another seven years behind bars and was released in 2013.

Petty reportedly has five children. This is Nicki’s first marriage.

[This article has been updated. The following was published on August 16, 2019.]

Although Nicki Minaj referred to her boyfriend Kennth Petty as her “husband” multiple times on the most recent episode of Queen Radio, she later explained they weren’t officially married  — yet.

She did, however, say they had obtained a marriage license and would tie the knot in the next 90 days.

But it appears she may have already walked down the aisle. On Friday (August 16), Black Barbie changed her official Twitter handle to “Mrs. Petty,” indicating they’re already married.

Nicki has stirred up plenty of internet chatter this week in the wake of her explosive Queen Radio episode. She not only got into a heated argument with Joe Budden on air, she also went on The Joe Budden Podcast the following day and called out Rick Ross for dissing her on 2017’s Rather You Than Me cut “Apple Of My Eye.”

She then accused Charlamagne Tha God of starting a Nicki “hate train,” something he denied.