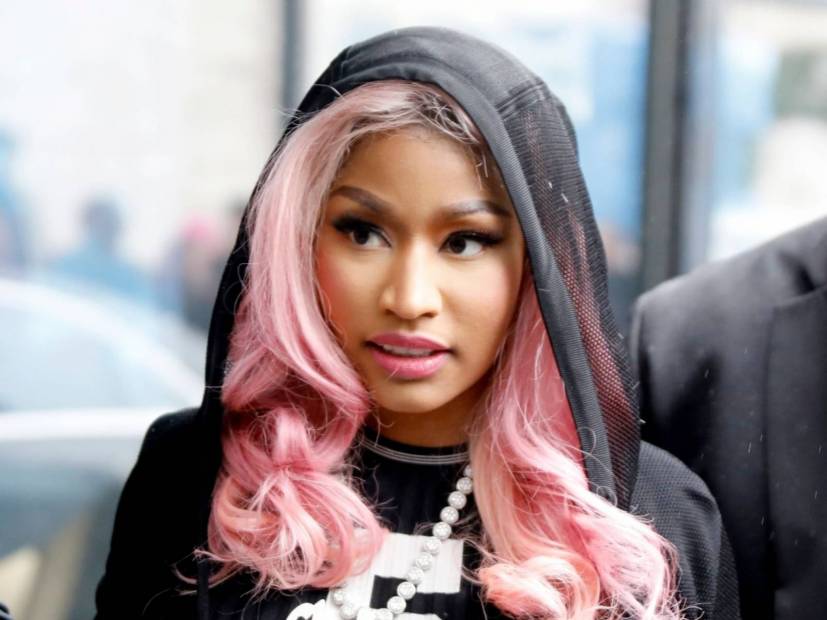 New York, NY – Nicki Minaj returned with another episode of Queen Radio on Monday (August 12). This time, the platinum-selling rapper sat down with Joe Budden and things didn’t go exactly as planned.

During their conversation, the two were going back and forth about the perceived lies Budden has allegedly told about Minaj over the years. Suddenly, the self-proclaimed Queen of Rap unleashed a verbal warfare after Budden insinuated Nicki was a druggie. She ultimately cut off his microphone.

“Don’t say you ain’t never popped a pill,” he said in part.

Nicki screamed, “I never said that you dumb fuck! Cut his fucking mic since you wanna be dumb!”

Prior to the on-air explosion, Nicki confronted Budden about his comments regarding her “Motorsport” collaboration with Cardi B and Migos.

“If you wanna talk about specifics, I can sit up here and give you five specific moments,” she told Budden. “I’m saying that when I say what the fuck it is, that’s what the fuck it is. Another example is when I explained how ‘Motorsport’ came about and you were one of the people — it might have been you and your sidekick Akademiks.”

Budden replied, “He’s not my sidekick …”

Nicki quickly interrupted him and said, “This is a time when I wasn’t addressing things. You went on your platform and said she didn’t know this other bitch was on the record. You said it. You said that.

“Again, that is implying I am lying when I sat and said exactly how the song came about. I was asked — and I still have the text messages — can this person be put on this song and my response was, ‘Yeah, let’s do it.’ That was my response. You still went and said … y’all went and told the world Nicki Minaj is lying.”

He followed up with, “I live for this shit.”

I live for this. https://t.co/3rAKhQbHF6

Joe trying not to cry after nicki called him dumb fuck and cut his mic #QueenRadio pic.twitter.com/3CE5Feyvfx

Joe Budden rn after getting off of Queen Radio with Nicki Minaj😂 #QueenRadio what the fuck yall doing broo that shit was funny asl‼️‼️🤣 yall grown ass 🤦🏽‍♂️ pic.twitter.com/DfTpkI5NUA

“NICKI YOU WAS COOKING THAT NIGGA” and she sure did. #QueenRadio pic.twitter.com/H1PpTiZlXA

#QueenRadio “I NEVER SAID THAT YOU DUMB FUCK” “CUT HIS FUCKING MIC SINCE YOU WANNA BE DUMB” pic.twitter.com/DECXNPLlZs

Nicki pulled a Joe Budden on Joe Budden, all that over talking/yelling got him shook #QueenRadio pic.twitter.com/xWoquZHHod

Joe lied about a lot of things and now he in the face of the woman he lied on.. he don’t know how to act and don’t know how to admit he crafted way too much false narrative with baby Butt face akademics 🤦🏽‍♂️ #QueenRadio pic.twitter.com/dSmVDaiQmz