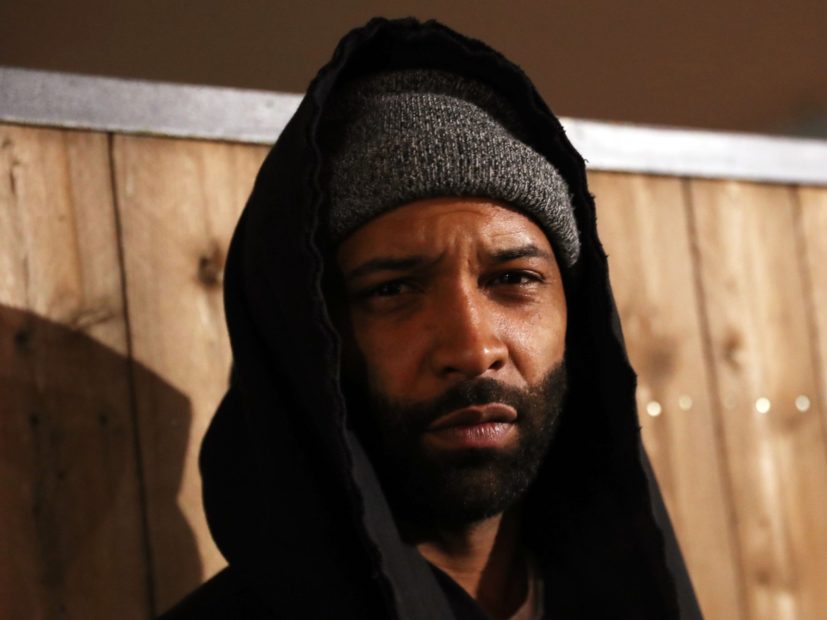 Joe Budden Gets In Confrontation With Security Guard: "I'll Beat His Fucking Ass"

All Joe Budden was trying to do was feed his menacing nicotine habit. But a couple of security guards at the Hackensack University Medical Center in Hackensack, New Jersey evidently had other plans for the State of the Culture co-host.

Budden captured the interaction on his Instagram Stories with the heading, “Wypipo.”

In the two clips, Budden argues with one security guard before a second one quickly joins in. They had an issue with Budden smoking near the hospital grounds.

When the security guard asks him to move, Budden says, “No, I’m in the street. This is the street. With my cigarette. Now why are you standing here?” The guard replies, “Because I think you’re a patient of this hospital.” Budden snaps back, “You can think whatever you want to think.”

#PressPlay: They messed with the wrong one!! ? #JoeBudden

The second guard soon enters the frame and asks him if he has a wristband on him. Budden says “no” and insists the first guard never asked him that question.

“You said, ‘Why are you smoking on campus?’ And you not supposed to be out here. You are a patient,'” Budden continues. “That’s what you said. You don’t even know how to do your fucking job. No, I’m not a patient. See what happens when you talk to people respectfully? You get calm answers. Real calm. This is harassment. Had he not been here, something different might have happened.”

After the guard says, “Good thing it didn’t,” the Slaughterhouse vet retorts, “For you. For you.”

As Budden starts walking away, they explain it’s against the law to smoke on hospital property. “I’m not doing any favors,” Budden shouts. “If he talks to me like that again, I’ll beat his fucking ass!”

It’s unclear what Budden was doing at the hospital, but he’s evidently not letting it get in the way of his cigarette break.