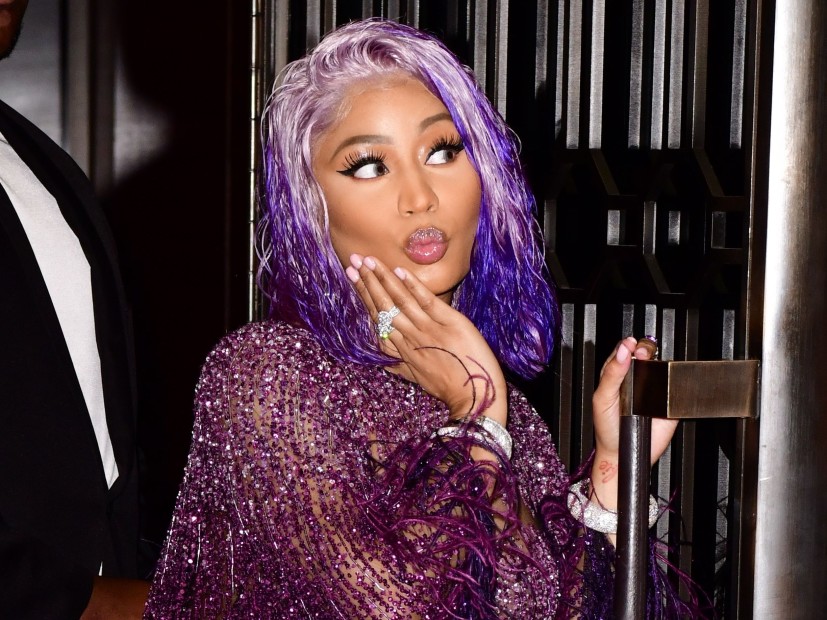 The platinum-selling rapper was wearing a baseball cap in an attempt to conceal her identity, while Petty paid for the license at the window marked “marriage licenses and ceremony appt. ONLY.” Once they got the paperwork they needed to make it official, they left.

A marriage license is typically pulled 90 days before a wedding ceremony is expected to take place, however Nicki hasn’t announced any plans publicly.

Nicki and Petty started dating as teenagers growing up in Queens. Last year, they rekindled their romance and have seemingly been going strong ever since. A few red flags popped up for the superstar’s fans when Petty’s criminal past surfaced.

The 40-year-old father of five is a convicted sex offender and also did time for manslaughter.

Petty was convicted of first-degree attempted rape in April 1995. Prosecutors said he used a sharp object and tried to force the then-16-year-old girl to have sex. Consequently, he served four years in a New York state prison.

After he was released, Petty was convicted of first-degree manslaughter and served another seven years behind bars. He was released in 2013.

If the couple does indeed tie the knot, this would mark Nicki’s first marriage. [apple_news_ad type=”any”]

I remember when I cried like “why me?” Now I wouldn’t Exchange my life for Armani ♥️ 〽️??