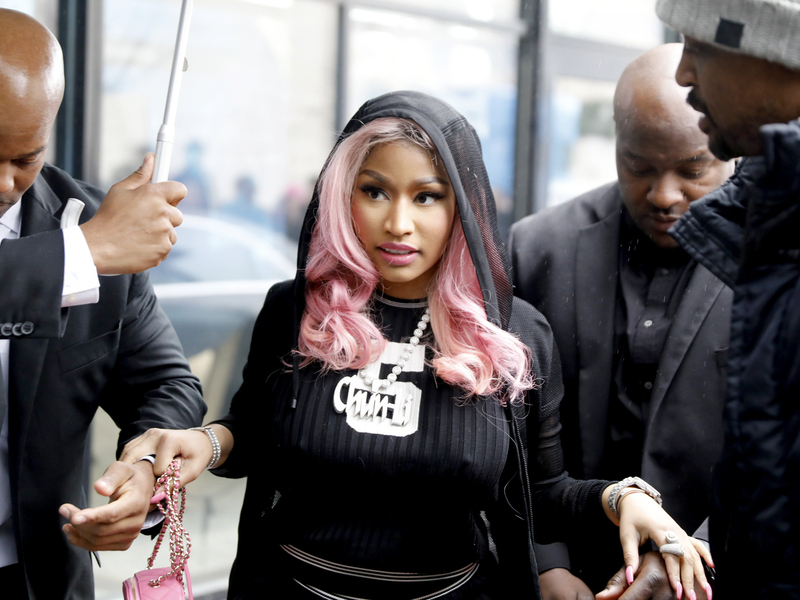 Megan Thee Stallion got some advice while chopping it up with Nicki Minaj on Instagram Live. After Megan revealed she just began working on her debut album, Nicki shared her insight to help with the creative process.

“Don’t overthink it and don’t beat yourself up,” she told the rising star. “Because let me tell you something — all the times when I be working on albums, I be stressing myself the fuck out. And then when I don’t, when I just kinda let my hair down, so to speak, with freestyles and stuff, that’s what they love.”

.@NickiMinaj Shares Gems With Megan @TheeStallion On Working On Her Debut Album pic.twitter.com/N2PTBCy9Kk

Megan related to this, confirming she also receives lots of positive feedback for her freestyles. Nicki then gave the Hot Girl Summer leader a few things to consider.

“It’s because we’re schoolgirls in our brain and we write, so automatically we treat it like work,” the Black Barbie stated. “And I find that when I treat it like fun and playtime, I get better results. So, it’s just weird. So, I would give you that as a suggestion. Just feed off of that energy. All that good energy that you’re getting, put it into that ’cause it’s almost like the world can dictate it for you. They’ll dictate your album or your songs for you.”

Megan is coming off the release of her Fever mixtape, which dropped in May via 300 Entertainment. Nicki has teased her fifth studio LP this year but hasn’t announced any details about the album.