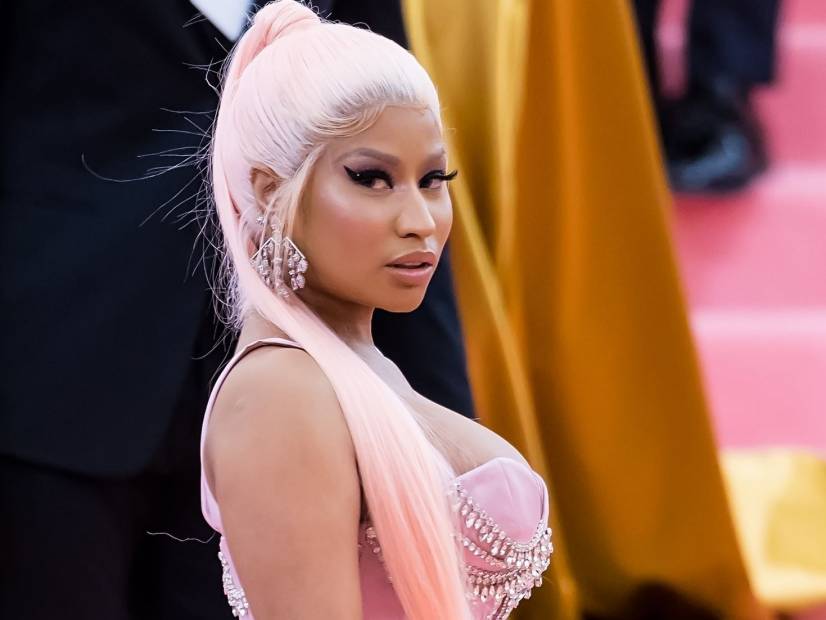 Despite the explosive exchange between Nicki Minaj and Joe Budden on Queen Radio earlier this week, the self-proclaimed Queen of Rap showed up for a new episode of The Joe Budden Podcast on Wednesday (August 14).

During the conversation, Budden asked who was a better rapper, The Game or Rick Ross. The disgust in Nicki’s voice was immediately noticeable.

“Eww don’t bring up that piece of … don’t get me fucking started,” she replied. “Anybody that name drops a female to sell 250 albums, don’t ever bring them up to me again. So shout out to The Game. Game actually does know how to rap.

Does Nicki have a point about male rappers dissing women on records? pic.twitter.com/XAiSxus8To

But Nicki went there. Evidently she has a huge problem with Ross dissing her on the 2017 Rather You Than Me cut, “Apple Of My Eye.”

“I told Meek I wouldn’t trust Nicki/Instead of beefing with your dog you just give him some distance,” he rapped.

“When a grown ass fuckin’ man name drops a woman and disses a woman to sell an album,” Nicki continued. “When I was the only person in your artist [ex-boyfriend Meek Mill] corner when everybody turned their back on them, when everyone was calling them Twitter fingers and cracking up, laughing at them. And I’m the one?”

The soon-to-be-married superstar then recalled sitting down with President Obama to talk about Meek’s probation situation. Meek is signed to Ross’ label Maybach Music Group.

“I went and sat down with President Obama and Ross was there and texted dude after the meeting and said, ‘Yo, this chick is a keeper’ — I saw the text myself with my own eyes — ‘This chick’s a keeper. She went in a room full of rappers and spoke to Obama and the first thing out of her mouth was about you and figuring out your probation situation and why you’re still on probation after all these years.’

“Then you come put on an album when it’s time to sell some weak ass fuckin’ album and try to disrespect Nicki Minaj?’ Boy, sit your fat ass down.”

Elsewhere in the conversation, they once again talked about how Migos’ “MotorSport” came together and her Megan Thee Stallion collaboration “Hot Girl Summer.” Nicki accused Budden of propelling the notion she doesn’t support other women who rap.

“I am gonna take it personal if two times I did a song with a female you put out a narrative that wasn’t true, and then I said it’s not true, you still don’t believe me,” she said. “You have to understand that that there are people who are gonna believe you. Now they’re thinking this psycho bitch is just getting up on her platform lying … That’s why people have the narrative of Nicki and female rappers.”

Listen to the full episode here.