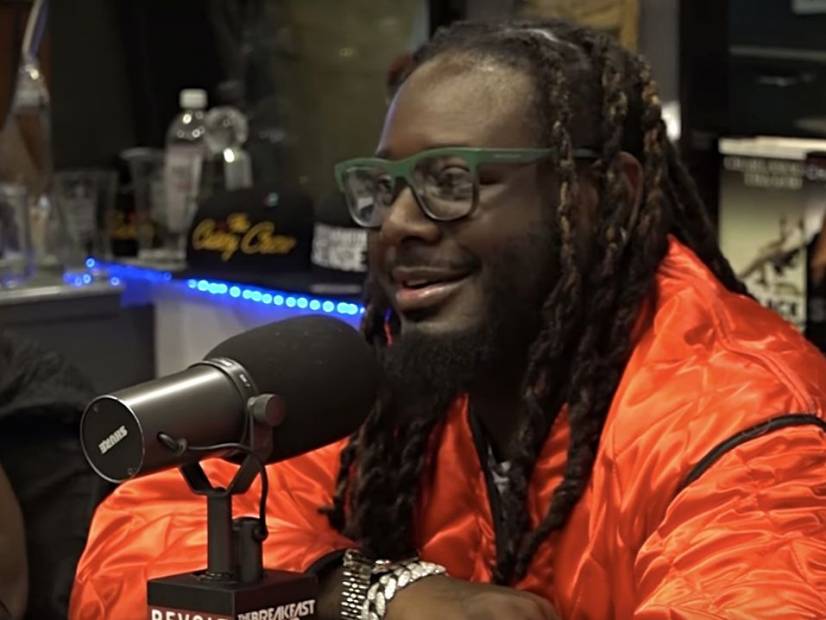 New York, NY – T-Pain sat down for an interview with The Breakfast Club where he made a sobering admission. The unofficial “Godfather of Auto-Tune” said at one point in his career he had roughly $40 million in his bank account, but due to bad business decisions, he wound up with nothing.

“So we bought a house after that and we just started going crazy with money, and I wasn’t paying attention to it. I thought if I didn’t have access to my own accounts then I wouldn’t have to look at it. So you know what I’m saying? It was bad business choices.”

Charlamagne then asked Tallahassee Pain what he meant by” broke” and it turns out he was broke, broke.

“I had to borrow money to get my kids Burger King,” he admitted. “It was a lot of bad investments. [I got into] real estate. I was letting my manager do it and he was way more optimistic than I was.

“He would buy complete dumps and think that we could just paint and we should be fine. Never sold anything I ever bought. These were terrible neighborhoods in Florida [laughs]. Yep, crackhouse for sure. Still a crackhouse right now.”

But last season’s winner of The Masked Singer was taught a valuable lesson and seemingly bounced back with ease.

“You get back up and you learn,” he concluded.