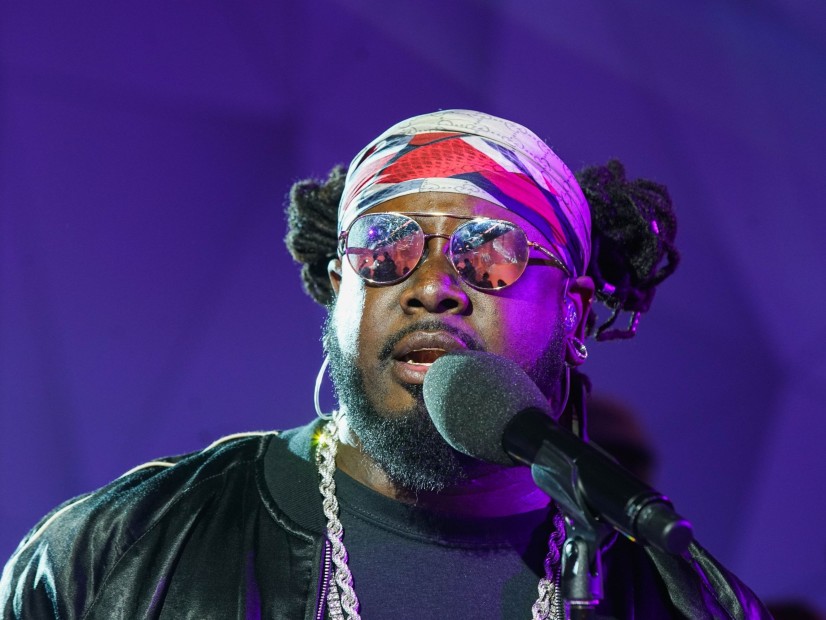 T-Pain Reveals His Brother Passed Away In February

T-Pain recently hopped on Instagram Live and inadvertently revealed his brother had died in February. He evidently felt he had to defend himself after a random person suggested his brother would still be alive if T-Pain gave the hospital more money.

Mind you, he already paid the hospital where his brother was receiving care over $2 million in medical bills. The Grammy Award-winning artist wasn’t exactly pleased by the person’s suggestion and responded accordingly.

“My brother just died February 5, bro,” he says. “And this man just told me I let my brother die because of the hospital bill after I paid $2.2. million to the hospital. And he told me if I wouldn’t have paid more money then my brother would still be alive. Money don’t fix everything. You’re putting too much power in money. Why would you think that’s possible? Nigga don’t even know how my brother died.

“I paid $2.2 million. He got out the hospital and was living his life. He had just got back to Walgreen’s, was walking on his walker at my mama’s house, he slipped up, his leg gave out and he hit his head on the fucking kitchen counter, and his brain started bleeding, and he went braindead, and then he died. How can money fix that? If money could fix that, all my family members would be alive.”

#tpain goes off on a man who accused him of allowing his brother to die.

T-Pain’s brother had been sick for some time. In January, the Godfather of Auto-Tune was grateful for the medical care but clearly frustrated by his brother’s mounting bills. He shared a since-deleted Instagram post which included a screenshot of a $1.4 million hospital bill.

“I first wanna say thank you to all the ppl that were involved in keeping my brother alive,” he wrote. “I can’t express enough gratitude to the medical staff that kept my family whole. My brother was in two hospitals for a total of a month and some change. Just got the bills.”

HipHopDX sends its condolences to T-Pain and his family.