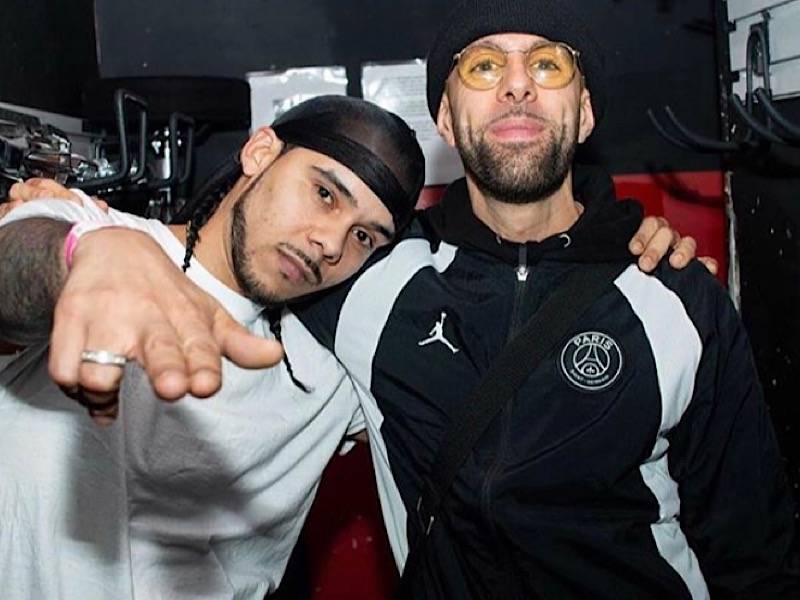 New York City, ny – Coming straight from the heart of Spanish Harlem, rapper UFO Fev — an artist signed to Fat Joe — teams up with French producer J Hart for their brand new collaborative project, Emigres, which dropped on Friday (June 28). More than just a strong body of work, the EP is also the culmination of a (Hip Hop) brotherhood that began just over two years ago.

Setting the tone ! @ufofev EMIGRES EP fully produced by myself on the way ! Pre-order now via link in bio ✊✊✊ #EmigresEP

“I met UFO two years ago in Spanish Harlem, New York,” J Hart tells HipHopDx. “I interviewed him for my radio show [The Big Bang Show, 107.3FM Reprezent London, UK‪]‬. We had a great vibe and we stayed in touch. Then he asked me to DJ for him during his shows and organically we started to work together and make music together.”

Though the album is spun from the pen of UFO, the album title, which is French for “emigrate,” is more specifically a direct reference to its sonic architect.

“J Hart is technically the muse for the entire project; he represents what Emigres actually is,” UFO explains. “Coming from his homeland to pursue Hip Hop is a tale in its own rights. Usually, people come to America seeking new life, jobs and love but my man came for Hip Hop, that’s gangster.”

Bubbling on the underground scene for a few years now, UFO officially signed with Fat Joe back in 2016 — after close Joe collaborator, Dre (of the production duo Cool & Dre) stumbled on his video for “Mr. Nice Guy” and made the connection. “Once we linked up the rest was history. Joe heard some of the EP (Camouflage) and asked if I’d be interested in joining him on this journey. I have been riding since then.”

UFO is acutely aware of the grandeur of his current situation. “I always pay attention to my surroundings and constantly seek guidance, so being in the position I am is a privilege … Joe is a legend but also a mentor for me, we listen to music and just talk about it,” he says humbly.

“To think I am able to speak about this culture with the forefathers is surreal. Every time [Joe] and I are in the studio it’s pure energy,” he continues. “I always think to myself this was ‪Big Pun‬ at one point. Which is an honor to me, to be able to experience music at a high-quality level doesn’t happen for everyone.”

Successful Night w the gangsters- Basic Instructions is out now. @photorobnyc the legend.

The creation of the project came at a particularly pivotal moment in both their lives — with UFO having just signed (after promising to give up if it didn’t click) and J Hart having literally just moved to the Mecca.

“My inspiration for this EP came together in real time. I lived this project,” UFO says.