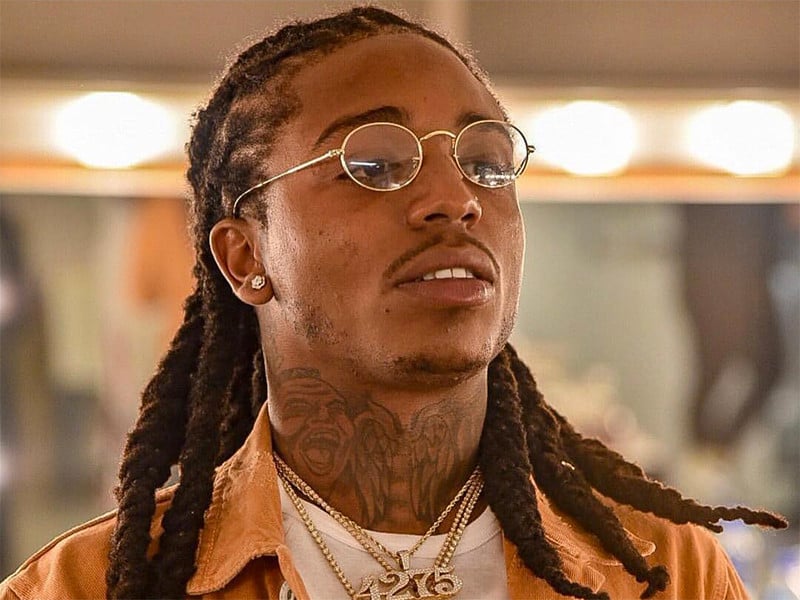 Jacquees is evidently stunned he’s not nominated for a BET Award, but it took awhile to sink in. Although the nominees were unveiled last month, the self-proclaimed “King Of R&B” hopped on Instagram just this week and made his feelings clear.

“How in the fuck am I not nominated for a BET Award?” he says in the clip. “How is that possible? What the fuck? I ain’t gonna lie. I feel disrespected at this point. Like, maybe I gotta work harder. But how is that gonna work when you nominate niggas who don’t even … nevermind.”

They really out here playing with #jacquees name like he ain’t the new self proclaimed king of r&b… no nominations for the king?? Smhhh

The video comes to an end there, but it’s safe to say Jacquees feels deflated. After all, the Atlanta-bred singer clearly has high opinions of himself, which he made known when he initially claimed the title of the “King Of R&B” last December.

In the wake of his comments, Jacquees was dragged from here to kingdom come for making such a bold statement. R. Kelly and Bobby Brown were made aware of Jacquees’ proclamation and let’s just say they weren’t impressed. In fact, Brown told TMZ he basically didn’t know who he was.

“Chris Brown’s a bad boy,” he said at the time. “Usher’s a bad boy. If anyone deserves the title, it would be one of them. Still got R. Kelly, you know? I turned 50 so, you know, I need to relinquish the title anyway [laughs].

“I’d give it up to Usher. That’s like my son. He’s that good that I think he should battle like Chris Brown. He’s [Jacquees] not even recognizable. I don’t even know his music.”

While Jacquees has dropped multiple mixtapes, he’s released only one – that’s ONE — studio album, 2018’s 4275. That’s not quite “King Of R&B” material.