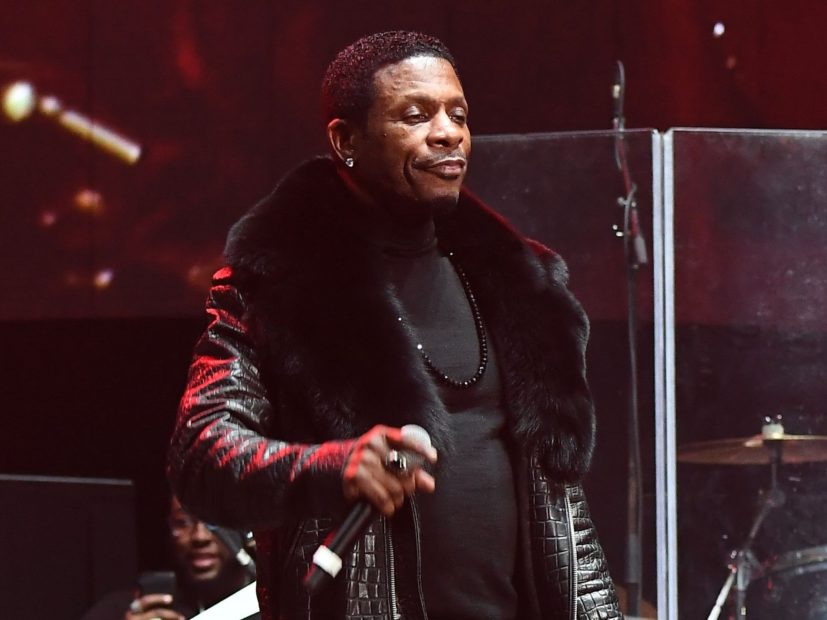 Jacquees was forced to eat a slice of humble pie backstage at Atlanta’s V103 Winter Fest. Earlier that day, the Georgia-bred singer had rudely interjected himself into a conversation Keith Sweat was having with a cameraman about the King of R&B debate.

They had a chance to talk about the situation backstage, where Jacquees admitted he thought Sweat wanted to beat him up.

“I’m the King of R&B. You know we just got into an argument,” Jacquees says while pointing at Sweat. “We just got in a confrontation. Bro finna try to whoop me or something. It was gonna get crazy.”

Sweat replies, “Young king, let me straighten it all out. You know I always straighten things out. A cameraman stuck a camera in my face and he asked me something about the King of R&B. I said, ‘I’m the king of gettin’ that bag. Do not put me in the middle of that.’ He [Jacquees] happened to hear ‘king’ and ran over and said, ‘Yo, I’m the king of R&B of my generation 16 to 25.’ Ran up on me and said, ‘I’m the king of my generation 16 to 25.’ So the real thing, the only thing he heard was ‘king’ … ”

“So you need to apologize young man,” Sweat says with a laugh.

Fellow R&B singer Tank, who was also part of the interview, jumped in and reminded people that because of Jacquees, the R&B debate is now international. But Sweat insists they are all kings and tries to impart a little wisdom on Jacquees who doesn’t really seem to grasp what he’s saying.

“We all kings of R&B,” Sweat says. “Music that touch your soul, we all kings of R&B. When we had this conversation — I’m just gonna say it like this and keep it 100 — I never heard Marvin Gaye, Luther Vandross,  Teddy Pendergrass or nobody talking about who was the king.”

Jacquees snaps, “They didn’t have the internet!” From there, Sweat is over it.

Jacquees continues interrupting Sweat, which is exactly what annoyed him in the first place.

[This article has been updated. The original version was published on December 17, 2018 and can be found below.]

Jacquees proved just how confident he is about being the King of R&B when he boldly doubled down on his claim in front of R&B royalty Keith Sweat.

Before Sweat could even spit out an answer, Jacquees ran up to him and said, “Wait, wait, wait. He’s the king from back then, I’m the king right now. This is Keith Sweat. Big Sweat. But it’s Big Quee, Big Quee.”

Sweat told Jacquees to hold up, saying, “I’m still getting that bag. I don’t know what he talking about.”

The cameraman asked Sweat if he was willing to pass the torch, but Sweat headed back in his dressing room without offering a reply. Off-camera, someone in Sweat’s entourage said, “There ain’t no torch to pass. Man, cut that camera off.”

Jacquees sparked the King of R&B debate earlier this month when he took his proclamation to Instagram. Since then, R. Kelly, Sean “Diddy” Combs, Tory Lanez and a slew of other celebrities have weighed in, including famed comedian Dave Chappelle who (reluctantly) gave the crown to Kellz.