Review: Jacquees' "4275" Cements His Most Definite Work Yet 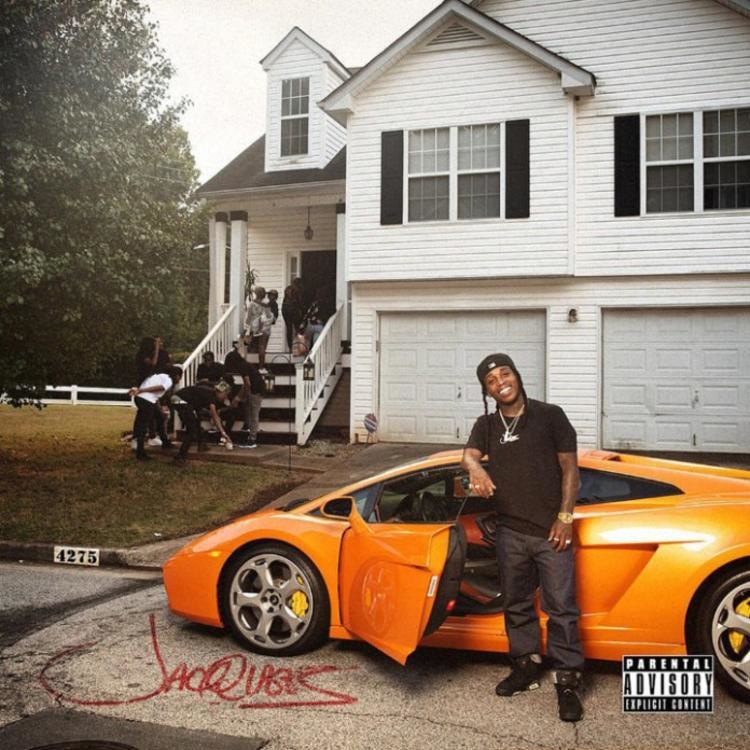 “B.E.D.,” the lead single for 4275, the studio debut from Atlanta singer-songwriter Jacquees, first came out in 2016. After being remixed by fellow melodic savants Ty Dolla $ign and Quavo, the bedsheet-soaker would go on to become a minor hit with an infectiously familiar hook that paid homage to Avant’s turn-of-the-century hit. “Read Your Mind.” Similarly, 4275 plays like a collage of pointed inspiration and unabashed fanservice for those who were raised on the same late-90s-cum-early-2000s R&B sensibilities as Quee.

Where he was once merely sprinkling his angelic vocals over tracks like Young Thug’s “Amazing” or assisting Birdman with cash-grab mixtapes such as Lost at Sea, 4275 (a nod to his childhood home) soars when at its most lustful and quirky, composing heartfelt autobiographical narratives that even allow for the cameos to Pornhub nasty. See Young Thug’s comparing his endowment to a mongoose or Trey Songz crooning the word “pussy” over half a dozen times in an eight-bar verse. Even Dej Loaf appears with one of her best features as of late (“Jacquees, what’s up, he got dreads right?/But I wanna know what his sex like,” she playfully teases.) Even a song that invokes the foreign, as heard on the sensual “London,” is unironically overstuffed with surface level one-liners that are delivered with wavering levels of enthusiasm.

For the most part, the album is a collection of romanticized tropes, but moments of lucidity (such as on the all-too-brief “All About Us”) can help create a good-natured balance between his actual id and superego. Specifically, on the aforementioned track, an introspective Quee laments, “I tell the kids to keep on dreaming/‘cause believing ain’t wrong” and “My mama lost it all for the dreams that I believed in,” timidly revealing the elusive pieces to his shrouded soul. As a choir begins to join him in his harmonization, adding a much-needed flourish to his musing, you truly start to get a glimpse at the potential Jacquees poses.

In lieu of this yin and yang, the give and take between the homebred strip-club bangers and his ear for the nostalgic, the project occasionally falls victim to a lethargic pace that’s not helped by the unforgiving runtime. The back half, especially, begs for more uptempo jams. When fellow slept-on ATL hitmaker, OG Parker, lays out an apt mid-tempo template for Jacquees on “No Validation,” you can’t help but wish there was more West Coast, DJ Mustard/CardoGotWings-inspired flavor to be enjoyed.

Jacquees is an exceptionally talented singer, but still has room for growth in learning how pen songs that soar above the trajectory of their initial premise. Still, 4275 allows Quee enough room to maneuver around these amateurish pitfalls. It’s an earnest effort for an artist who is the epitome of a talent born in the quote-unquote wrong generation.