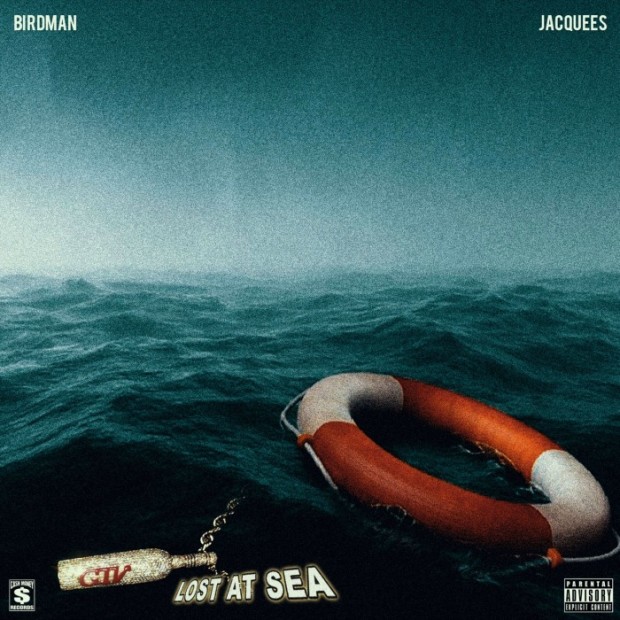 Recent headlines haven’t been too kind to Birdman. From continued allegations of short-changing Lil Wayne to becoming a punchline after his Breakfast Club interview, the Stunna has been trapped in a revolving door of L’s. In between it all, the Cash Money capo has still been able to keep a pulse of today’s music scene with Young Thug and Rich Gang. And now with his latest protégé Jacquees, Baby is looking to shift the focus back to the music. Unfortunately, for him, rapping is still not his forte.

Lost At Sea opens up with “Wise Words”, an underwhelming, emotive soundbed chocked full of empty rhetoric and lackluster lyrics. Jacquees thoroughly disappoints with lines like “And I’m lost at sea on a yacht and plus my Rollie’s a pool/and then I stack my money longer than you.”

The disappointment continues with the title track as Jacquees does his best Young Thug impression throughout. To his credit, he manages to do the one thing that Thugga fails at and that’s being audible. The Soul Train line of struggle bars continue as Jacquees opens with “I’m lost at sea just like a fisher was, so we fallin’ out that’s what they wishin’ for.”

The L’s know no end as Birdman fires off tone deaf bars from the hip on “Dallas” with “Pussy nigga know me, I’m all about my fees”. In a line that could easily be perceived as a shot at Lil Wayne, it speaks volumes about how out of touch the Big Tymer is how he is perceived in 2016.

DeJ Loaf joins Jacquees and Birdman for the last track “007” to win the battle of “who-can-be-the-least-underwhelming.” Seven tracks in and all it takes is yawn-worthy lines such as “I been the shit since I was on sippy cups, you ain’t got balls pull your zipper up” to obtain the crown. Loaf may have won by a narrow margin but we all lost as a listener.

Redeemable qualities on Lost At Sea are exactly where those traits find themselves washed ashore. If there’s one thing Cash Money normally does well its production but Lost At Sea does not provide the musical chops to overlook the vocal shortcomings. Sonically, the EP wafts somewhere between attempting to be soulful and Top 40. Rapid-fire drum loops plus melancholy piano riffs that don’t match the vocal delivery leave this EP wading in the shallow end of the pool. The approach to the production as a whole on Lost At Sea is akin to Toni Braxton’s “Unbreak My Heart” remixed with aimless, depressive drums.

The lack of structure and lyrical direction, coupled with Jacquees’ inability to be effective as an MC or vocalist, serve as a turn-off. Perhaps the one positive takeaway is that Birdman’s vocal contributions to the project are few and far in between. Where artists such as Young Thug are at least entertaining in their nonsensical musings, Lost At Sea left me asking myself, “Is this album done or is it finished?”