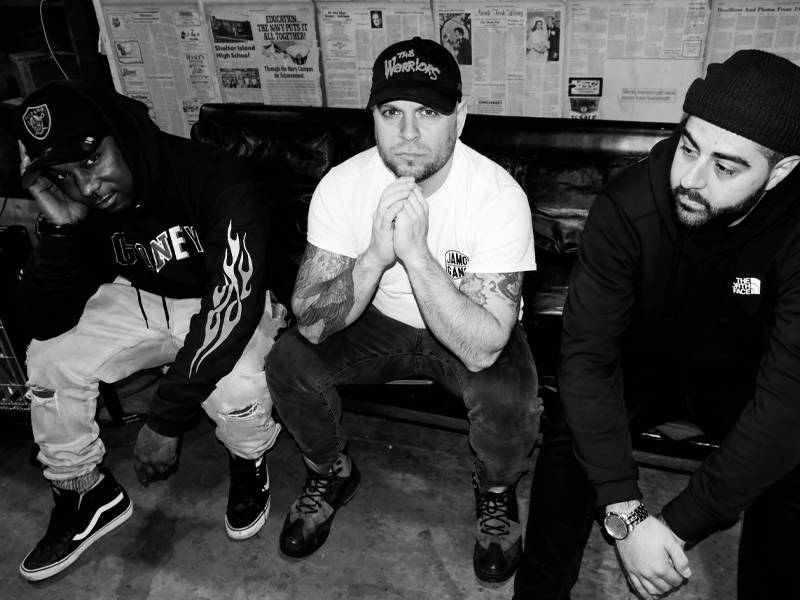 New York City, NY – Following up their 2018 self-titled EP, Jamo Gang — the trio of Ras Kass, El Gant, and J57) have announced their debut LP Walking With Lions will be dropping this fall via a brand new deal with Fat Beats Records. In anticipation, they’ve released a brand new single, “Francis Scott Key.”

The single takes an aggressive stance on the current administration in office and the US system, and how they feel it sets people — especially those of color — up for failure.

“As soon as J57 sent the track over I knew exactly what direction I was headed in with this record”, El Gant tells HipHopDX. “It had energy where everything I was thinking and feeling just poured out of the pen effortlessly.”

He adds, “We had just gotten off a tour where the three of us had a lot of driving time and discussions about how we felt, so this song was very natural for us and full of raw emotion.”

Ras Kass shares a similar sentiment about the single. “This song is just the musical version of what I speak about every day. Without speaking about the atrocities committed against people of color, and those in a position of disadvantage, nothing gets done.”

He notes that when Trump first took office, the only positive point he could find was that music would start becoming political again.

“I was hoping people would take a stance like in the early nineties and late sixties … for the most part shockingly, that didn’t happen,” Ras Kass states.

“We all couldn’t wait to release this song because of how strongly we felt, but we also knew the timing had to be right,” J57 — who produced the track along with PJ Katz — adds. “Freedom of speech means that if you don’t agree with the way things are, you speak up about it, that’s how the pendulum swings in the other direction.”