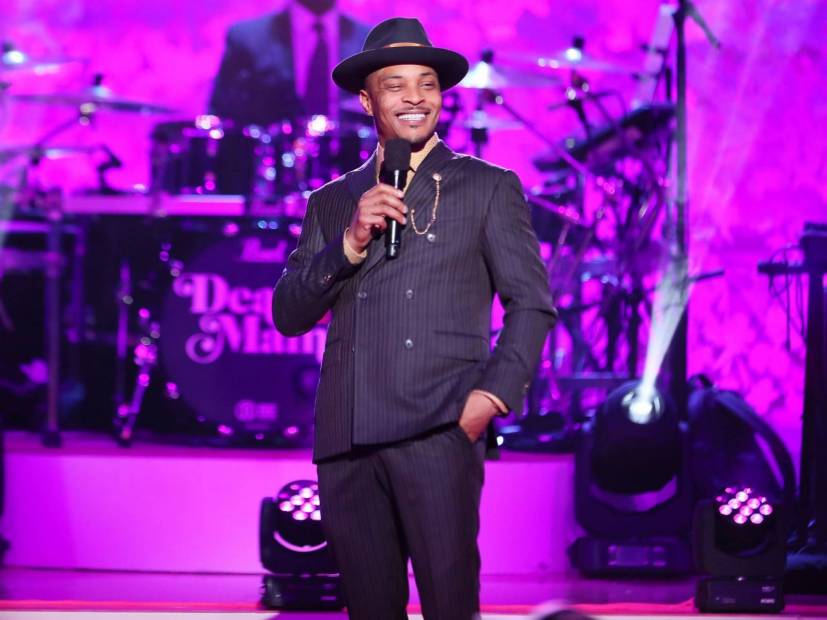 T.I. To Be Honored With ASCAP Voice Of The Culture Award

Los Angeles, CA – Tip “T.I.” Harris will receive the inaugural American Society of Composers, Authors, and Publishers (ASCAP) Voice of the Culture Award, a new honor designed to celebrate songwriters and artists who have had an immense influence on music and culture.

“T.I. has conquered the worlds of music, TV, and film, helping to popularize a new sub-genre of music in the process. His significant contributions to hip-hop music, support for other artists through his record label, philanthropy, community activism, and memorable onscreen roles have had a profound impact on today’s music and culture. There is no one more deserving to receive the inaugural ASCAP Voice of the Culture Award,” Paul Williams, ASCAP Chairman of the Board and President, declared via press release.

The self-proclaimed Trap Music pioneer is highly-respected in multiple industries. As a rapper, he has 10 studio albums that earned him three Grammys, 13 Billboard Music Awards, 8 ASCAP Rhythm & Soul Awards and many more accolades. As an actor, Harris had starring roles in box office hits, such as, ATL, American Gangster, and Takers, among others. T.I. is also incredibly active in his community through his non-profit Harris Community Works (HCW) and via numerous other philanthropic acts.

ASCAP will host its 32nd annual Rhythm & Soul Awards, Thursday (June 20) in L.A. The legendary Motown Records, in its 60th year, is also being recognized with the Rhythm & Soul Heritage Award, an award that tributes those with an enormous impact on the legacy of Rhythm & Soul Music.