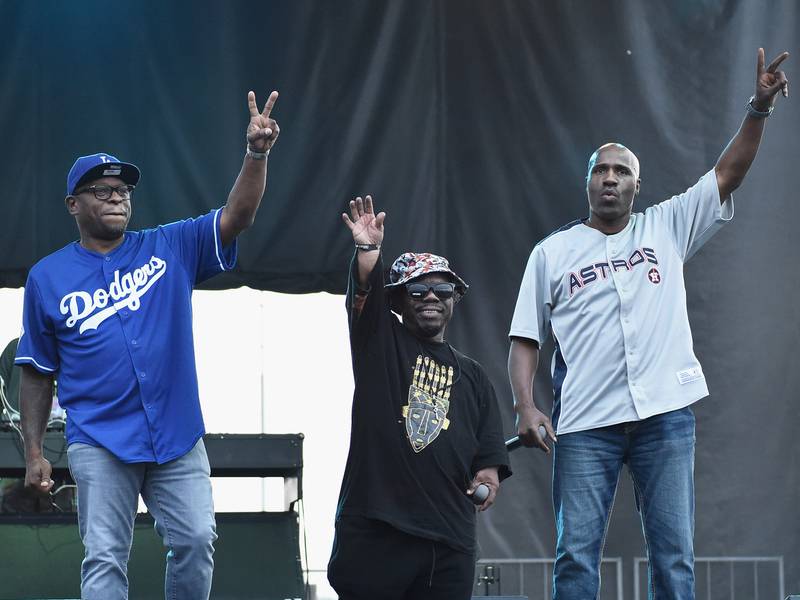 Houston, TX – Bushwick Bill’s mind reportedly wasn’t playing tricks on him when he accused The Beginning of a Long Goodbye Tour promoters and organizers of exploiting his cancer diagnosis, TMZ has learned.

The end result, unfortunately, has resulted in the cancelation of the long-awaited Geto Boys reunion.

According to the claims, the first strike was when the 52-year-old horrorcore rap pioneer felt the tour’s name was problematic, as it put a timestamp on his life expectancy. Strikes two three came when the promoter’s allegedly jacked the tour’s aesthetic — originally billed as Bushwick Bill & Friends — and turned the event into a Dirty South legend’s concert.

For fans who really wanted to support Bushwick Bill, he’s said to be embarking on the 20-city Phuck Cancer Tour, where he’ll donate 10 percent of the proceeds to pancreatic cancer patients in each city of the tour.

As for fellow Geto Boys Scarface and Willie D, TMZ reports they were both blindsided by the news, for it was all good just a weekend ago.

[This post has been updated. The following was originally published on May 9.]

The Geto Boys want to give fans one last chance to see the trio together in wake of Bushwick Bill’s stage 4 pancreatic cancer diagnosis. Scarface, Willie D and Bill have announced The Beginning of a Long Goodbye Tour, which will mark their final shows as a group.

“I look forward to joining the guys again for this final farewell to The Geto Boys,” Scarface said in a press release. “We had a lot of memories, good and bad, and a lot of great music.”

He continued, “Man, it’s gonna be a tear jerker walking away from this — a time in my life that threw learning curves and growing pains at the same time. Thanks to all the Geto Boys and Girls around the world that helped to protect this brand. Bill and Will, I love you guys. God bless you both in your future travels whatever they may be. So long fellas.”

The Geto Boys officially have four concerts scheduled as of Thursday (May 9) but plan to unveil additional dates in the coming days. A portion of the ticket sales will be donated to support pancreatic cancer awareness.

Check out the confirmed tour dates below.