Mylo The Cat On Instagram Fame: ”The Feedback Is Blowing Me Away” 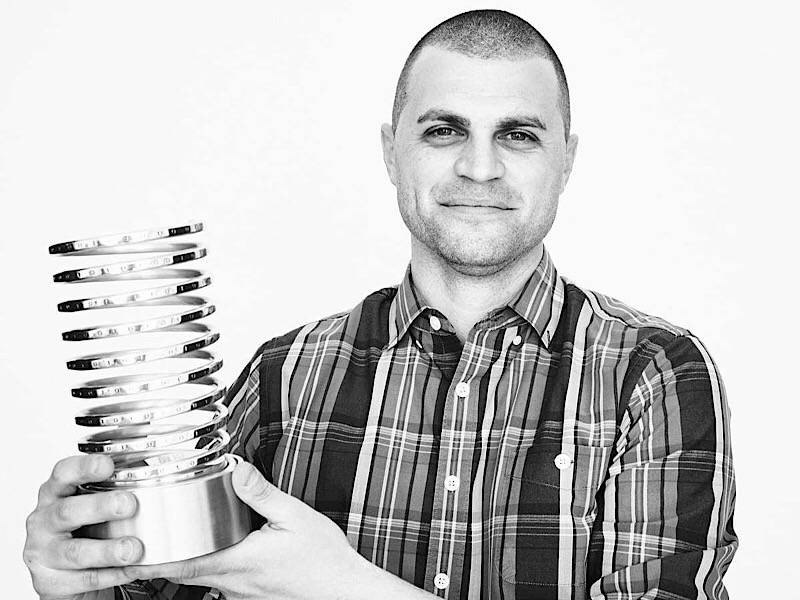 Initially creating mash-up videos featuring his friend’s pets, Adam Schleichkorn — a.k.a. Mylo the Cat — has grown into an Instagram phenomenon, delivering daily mashups to an audience of over 116,000. Meticulously syncing vintage cartoons with classic Hip Hop verses, the Webby Award-winning video editor has become a daily routine from some of the game’s elite.

“I have to acknowledge the video that started it all, that Bert and Ernie ”Ante Up” mash-up,” Schleichkorn tells HipHopDX. “That was my favorite video on YouTube, and 100 percent the reason why I started making them.” About four years later, and he also saw massive success with a Bert and Ernie mashup.

An early YouTuber, Schleichkorn began posting videos all the way back in 2006, before there was a substained audience to rack up numbers.

“I had this video ’Fence Plowing’ go viral in early 2007 before anyone even knew what a viral video was … I’ve had a bunch of viral videos over the years,” he explains. I came very close to blowing up several times, but they all were getting re-posted with the ‘who made this’ caption, so nobody knew it was me making them.”

Schleichkorn notes that as a result, he had some loyal fans, but was ever able to truly build a following.

That all changed last year.

“After everything stopped going viral a couple years ago, I for some reason, decided to give it one last shot on Instagram about nine months ago, and that changed everything,” he says.

His mashups have since become, more so than viral, an obsession for Hip Hop fans and celebrities alike — many of whom stop what they’re doing when Instagram delivers daily notification of his newest posts.

One of the most endearing qualities his videos have is the genius and subtle obscurity of the cartoons he uses to represent the artists he selects.

Robin Hood as Nipsey Hussle rapping “Last Time That I Checc’d”. RIP Nip 🏁. Big shout to @nipseyhussle @yg @MIKE_N_KEYS and @1500ornothin . I’ve never gotten more requests for anything than I did for Nipsey, and rightfully so, he seemed like such a great dude who really gave back to his community. Such a damn shame. I had to wait on this though, it just felt weird to do it right away during all the internet buzz, but the requests never stopped, so I had to make it happen. Keep the non-garbage requests coming in the comments… #nipseyhussle #ripnipsey #westcoasthiphop #hiphop

Rocky as Prodigy rapping the Mobb Deep classic, “G.O.D. Pt. 3”. RIP P. Big shout to @mobbdeephavoc @prodigymobbdeep and @mobbdeepqb . There really aren’t too many artists in the history of music who had sophomore albums that were on the same level as their debuts, but Hell On Earth was most definitely one of them. *Update – Their second major label album, I know about Juvenile Hell. Keep the non-garbage requests coming in the comments, and I’ll try to make them happen… #mobbdeep #queens #90shiphop #hiphop

“I put a little too much thought into these character selections,” especially in all my recent stuff,” he says. “I want there to be some connection. Whether it be looks, overall demeanor, or energy, I want it to make at least some sense in a weird way.”

“The feedback is blowing me away,” he adds. Celebs like Anthony Anderson and Hip Hop icons from Busta Rhymes to Snoop can be seen in his comments daily. ”Michael Rapaport’s been super cool to me; then I got peeps like Pos from De La Soul, Tek from Smif-N-Wessun, and Sheek Louch from The LOX who like or comment on almost every single post, which seriously is insane to me.”

With so many videos under his belt, the question becomes, which mash up is his favorite. “I’m so damn critical of my work, so it’s pretty tough to pick a favorite … but, I gotta go with the Wu-Tang/Superfriends mashup,” he says confidently.

An endgame isn’t immediately apparent, but for Schleichkorn, the videos are ultimately a creative vice — with the attention being a welcomed side effect.

“I’ve always been a video editor/content creator for my actual day jobs. I made around 80 videos for Adult Swim, which was huge for me, but have been stuck in the marketing world for the majority of my career, so these videos were always just really my way staying creative.”

He continues, “I just started becoming one of these people who scroll through Instagram, and would think/bitch to myself ‘I can make better stuff than this, why won’t these people hire me.’ So I finally just decided to stop bitching, and fucking go for it.”