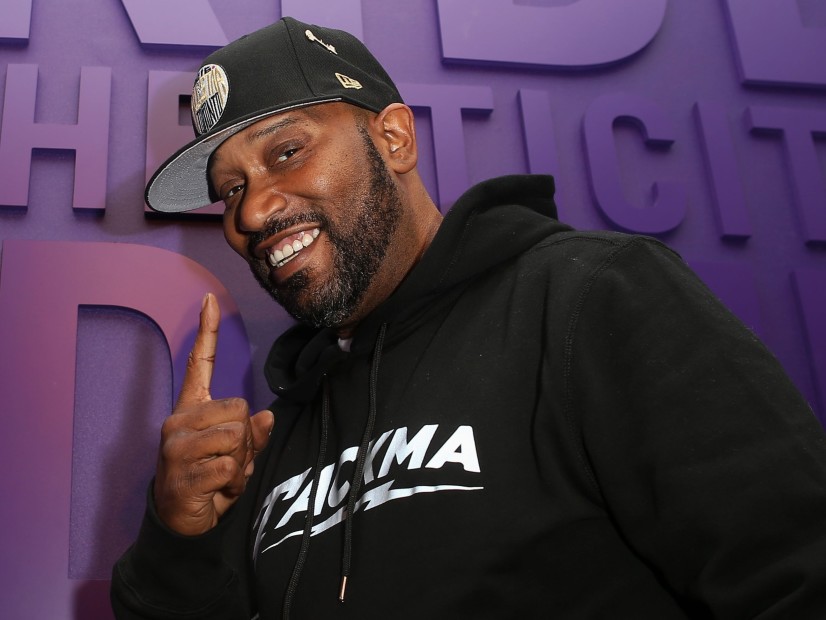 New York, NY – Bun B was put in an intense situation when he was forced to defend his Houston home last week. He wound up shooting a masked intruder who was attempting to rob his wife Queenie at gunpoint.

During a recent interview with The Breakfast Club, the UGK legend and his better half recounted the harrowing event. At one point during the conversation, Bun admitted he was in the middle of evacuating his bowels when the incident popped off.

From there, he grabbed his gun and ran down the stairs pantless to defend his castle.

“I’m in the bathroom,” he begins. “To be honest, I’m on the toilet. I hear what’s going on and Im like this is it. This is the moment I’m always talking about … I ran and got the pistol. The whole time I’m forgetting I’m Winnie The Pooh right now with the pistol. We’re in a three-story place. I go to the third floor to get the gun and when I go the second floor, I don’t hear anything.

“So, I go down the stairs, I cock the gun just to make sure one was in the chamber, which there usually is and there was. So that one bullet flew out the pistol and I turn the corner and she’s like, ‘Bun, don’t go out there.’ That’s not even a thought. I’m going out there.”

By this time, Queenie had already giving the suspect the keys to her Audi and the man was already in it. That’s when Bun fled toward the car.

“I look in the car and I see his head and his body turns back towards me and that’s when I just let that thing go,” Bun recalled. “I shot like five times … and I hit it again and let the rest of the clip go and he falls out of the car, throws his gun down, and starts pleading for his life.”

Bun was able to get the man to take his mask off so he could identify him. Looking back, he sees Queenie as the “hero” in the situation.

“Unfortunately I wasn’t the one that had to confront him in the moment — she was,” Bun said. “I’m so proud of her not only for how she handled herself, but…her only thought was to protect me, because in the moment her assumption is this person is coming to get me.”

“She [didn’t] know it was a random act [of violence] at the time, so she thinks this person is coming to kill me. So she’s like I need to hold this person here until Bun can get to the gun. And even if he kills me, I know Bun can kill him,” he told the co-hosts.

“She’s the hero because if she didn’t stall him out I [wouldn’t have] gotten to the pistol,” he said.

The suspect, Demonte Jackson, was arrested at a local hospital after he sought treatment for a gunshot wound.