Philthy Rich & Mozzy Are Currently In A Lyrical Rap War 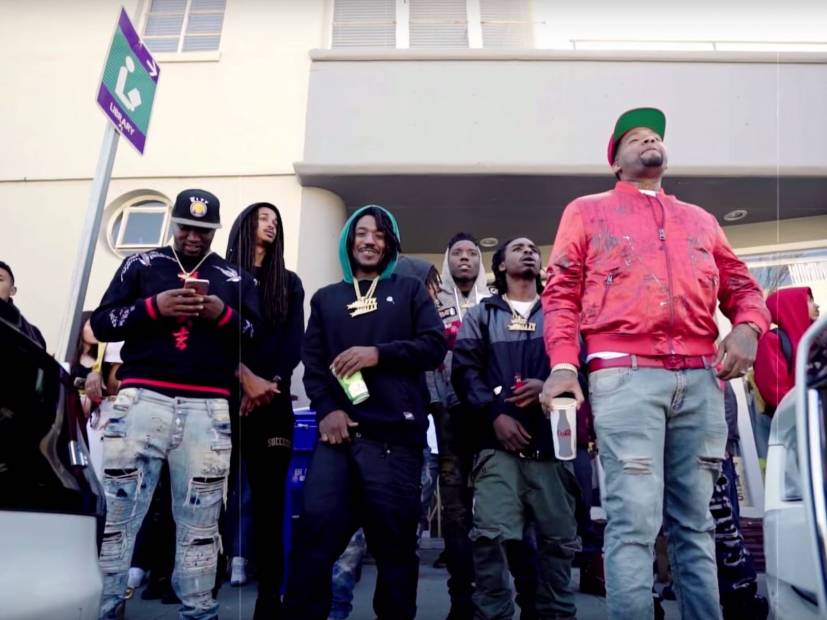 California – The NorCal Hip Hop scene is currently witnessing a highly divisive beef between Sacramento’s Mozzy and Oakland’s Philthy Rich. The conflict has seen the former collaborators antagonizing each other on social media and trading diss tracks.

Mozzy and Philthy have been associated acts for a number of years. It appeared things were kosher between the two as recently as December when Mozzy aided Philthy in the “HBIC” video. The two were also seen chopping it up on Instagram Live.

However, a full-fledged beef has begun playing out and shows no signs of slowing down. Mozzy recently taunted Philthy on Instagram with a picture of himself flipping a bird to the camera.

Philthy responded by trolling the rapper with a couple of clips of interviews where Mozzy praises his rival for contributions to his career. In the first video, Mozzy admits that at first, he was “scared to do a song with Philthy Rich.”

“U was gon die in sac broke before u met Phillip #TinyTim No funny clips only Facts,” Philthy captioned the video.

The second clip finds Mozzy in mid-interview at a radio station where he claimed Philthy was his “brother-brother” and a “good mentor.”

“How u put me on and u ain’t split a backend period #TinyTim No funny clips,” Philthy captioned the video.

Philthy also took aim at Mozzy on the track “Don’t Forget.” The song features a number of lines insinuating Mozzy changed up.

“I’m the wrong nigga for you to go against/And all that sneak dissing ain’t no offense/Just remember I’m the nigga who put you in position/They told me you would cross me but I didn’t listen,” Philthy raps.

On Friday (April 26), Mozzy responded with his own diss track titled “Chill Phillipe.” He also taunted his adversary on social media.

Philthy hit back with another diss titled “Big 59.” This effort took a much more brash approach.

“Keep me out your politics or catch these hollow tips/I just left the Caribbean with a model bitch/I ain’t never needed niggas, niggas needed me/I was feeding all them niggas, they wasn’t feeding me,” he raps.

Philthy upped the ante again on Monday (April 29) with the release of a Mozzy diss dubbed “Troublesome 59.”

Listen to his latest disses below.