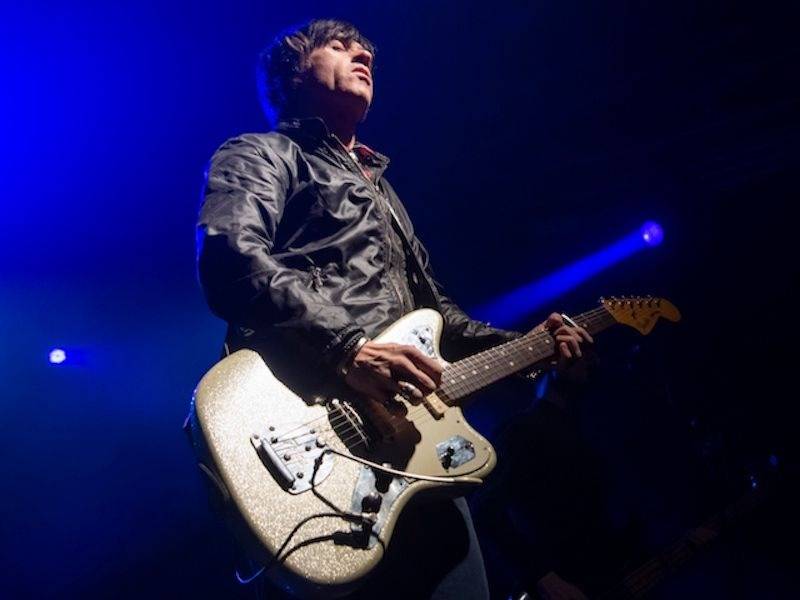 Manchester, England – The Smiths — one of Britain’s most beloved musical exports. Spearheaded by the inimitable Morrissey, the Mancunian outfit made it cool to combine Shakespearean lyrics with guitarist Johnny Marr’s powerful guitar riffs that somehow balanced perfectly on the edge of ’60s rock and post-punk.

Marr, who co-founded the group with Mozz, left in 1987 after four monumental studio albums. Since then, he’s worked with everyone from The Pretenders and Modest Mouse to Talking Heads and Beck. Along the way, he also carved out a reputable solo career, written an autobiography called Set The Boy Free and toured the world.

But, it was Naughty By Nature, believe it or not, who put him on a path to wellness.

“It was actually about getting stronger,” Marr tells HipHopDX in his thick British accent. “In the ’90s, Matt Johnson [of The The] and myself were making a video in New York and we were in some pretty gnarly parts of town during the song. A couple of Naughty By Nature crew were with us to take care of us. I really liked the late ’80s, early ’90s Hip Hop scene, you know, where there was 3rd Bass, basically East Coast and West Coast.

“And I thought it had been genuinely psychedelic in the way that really good late ’60s jazz was. But the limitations of the technology — in other words, before samplers were able to change key and time — meant that the music was genuinely progressive by accident. And 3rd Bass and you know, there were so many great, great acts around that time.”

While shooting the video, Marr would spend his evenings watching Yo! MTV Raps and recalled seeing some of Naughty By Nature’s videos.

“I spent a lot of watching MTV and I found the best stuff around at that time,” he explains. “I was interested in asking a couple of the guys from Naughty By Nature, ‘How come in a lot of your videos and interviews, you guys are always working out all the time?’ Coming from British indie rock, I’m nothing if not curious [laughs]. I wanted to learn and they sat me down and went into this really good explanation.

“It was about this whole philosophy around young black men needing to be strong and as together as you could possibly be and educating yourself because today, particularly the government, was flooding the projects with crack, and the last thing you need is to be the effect of that. You need to be on top of your game. That philosophy sounded so empowering to me and positive. It just made me want to make myself as strong as I could. I also quite liked that it was the opposite of the cliché of indie rock musician.”

Soon after, Marr started running and hitting the gym regularly. At 55 years old, it’s not uncommon for him to run several miles before a gig, get to the venue, take a quick shower, get dressed and perform on stage for another few hours.

“When you’re younger, you’re given this message that being obsessive is really bad for you,” he says. “And understandably, if you’re obsessive about the wrong things or things that are unhealthy then sure, it’s bad for you. But when you get a little older, being obsessive can be pretty useful.

“So by nature, I was sort of a Mancunian rock guitar player who wants to stay up late watching YouTube videos and then getting up at noon and fucking around. But, because I know myself pretty well and I wanted to break out of that usual rock same cycle, I used my obsessive nature in a way that was kind of good for me.”