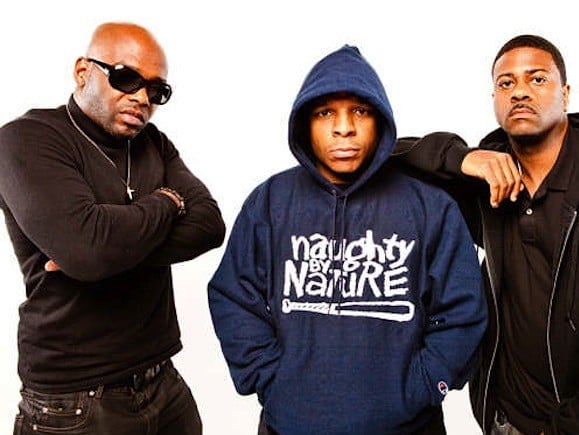 Naughty By Nature details how Queen Latifah and the Flavor Unit saved them in an interview with BeatStars.

In January, Naughty By Nature embarked on a 26-city tour in celebration of their 25th anniversary and also released the visual for their 2011 cut “God Is Us” featuring Queen Latifah.

“Latifah been there with us from day one,” Treach says. “She basically, through her Flavor Unit, Shakim, the whole Flavor Unit they basically saved us because we were in the streets. We was like we’re going to give this a last little go and if it don’t work we’re just going to go back to these streets.”

Queen Latifah took the group under her wings and changed their name to Naughty By Nature after the Hip Hop trio released their debut album Independent Leaders in 1989 under the moniker The New Style.

The New Jersey-bred trio plans on releasing a new EP this year celebrating their 25th anniversary and have launched a Kickstarter campaign to help fund the project.

The group has raised over $33,000 so far and with the digital age being vastly opposite of the era from which their Hip Hop careers began, Naughty By Nature explains the difference between making music in the ’90s as opposed to making music in 2016.

“Now, compared to back then, you have to put out more music and more content to keep people’s attention,” Vin Rock says. “Because right now we’re in a microwave. You can have an incredible record and put it out and it’s all fine and good. But if you’re independent and you don’t have the label push behind you to knock it out on radio or whatever you just have to stay consistent to keep the audiences attention.”

The full BeatStars interview with Naughty By Nature is as follows: