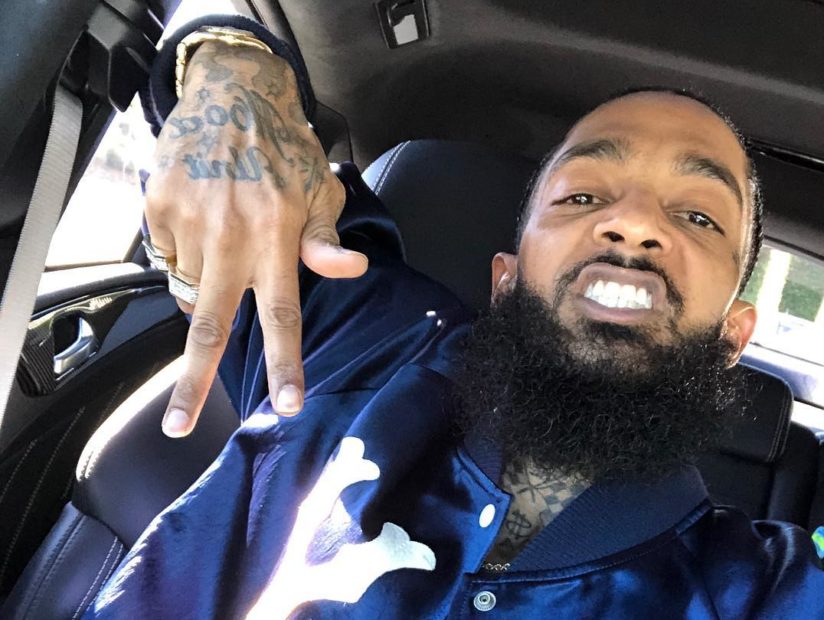 T.I. & The Game Get At Fox News Over For Nipsey Hussle Disrespect

Sixteen days after Nipsey Hussle’s shooting death, the Hip Hop community is still reeling from his passing. The Grammy Award-nominated artist’s funeral was held at the Los Angeles Staples Center on Thursday (April 11) and drew thousands of mourners.

But evidently, Fox News host Laura Ingraham found some hilarity while doing a report on his service and laughed several times while she spoke about the late rapper.

T.I. and The Game didn’t take kindly to her perceived disrespect, which included showing the wrong rapper for the segment and falsely naming Nip as the mastermind behind the “FDT (Fuck Donald Trump,” a YG single released in March 2016. Although Nip is featured on the song, it appeared on YG’s Still Brazy album three months later.

Here's Laura Ingraham mocking a murder victim, just hours after he was laid to rest, because he opposed Trump 3 years ago. (Also, the man rapping in that video is YG, a person who is not Nipsey Hussle.) For shame.pic.twitter.com/02iBYdr5wo

Tip voiced his thoughts on Instagram over the weekend and felt so passionately about it, he vowed to stay off Instagram for at least 30 days.

“This is Disgusting!” he wrote. “You both are vile despicable, poor excuses for people. My expectations have already decreased so much for mankind in the past couple weeks that this hardly surprised me…especially from @foxnews But rest assured that sooner or later you’ll BOTH see.

“WE ALL GET OUR TURN TO LIVE THROUGH OUR OWN PERSONAL TRAGEDY…and watch how many people dance in the streets, laugh and crack disrespectful inappropriate jokes when it’s YOUR TURN!!!!”

He continued, “Karma is constant & the laws of reciprocity ARE IN ORDER!!!! Neither of you WILL EVER know or experience the level of love, appreciation and respect that Nip has…EVEN IN DEATH!!! So let that sizzle in ya lil hateful, demonic spirits. And with that … I’m logging off IG at least a month or so.”

The Game — who recently got a massive portrait of Nip tattooed on his chest — echoed Tip’s sentiments and had some words of his own for Ingraham.

“So lemme tell you what’s going to happen here….@foxnews fires this disrespectful cunt by tomorrow, Monday morning or you will lose millions of viewers one person at a time until it drastically effects your rating, views, etc.

“We are NO LONGER laying quiet while you continuously disrespect our brother, culture African Americans as a whole. I will use my platform & call on my peers to do the same. Nips passing nor his legacy is to be taken lightly as there will be consequences for any disrespect now or in the future as long as I have a voice!!!”

From there, Game implored his fans, friends and family to share the video of Ingraham until she’s terminated.

“We will not be accepting any apology from her,” he concluded. “We want her fired, PERIOD!!!”

Nipsey was gunned down on March 31 in front of his Marathon Clothing store. He was 33.