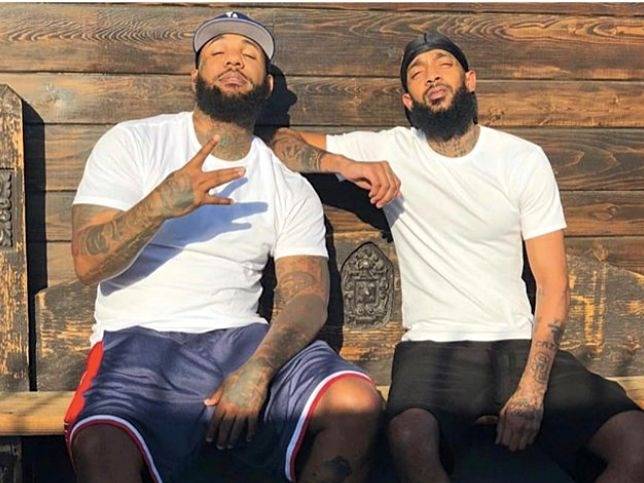 The Game continues to publicize his grief over the death of Nipsey Hussle on social media.

The West Coast rapper posted an Instagram video of two tattoo artists adding an image of Nipsey to The Game’s skin, honoring his brother from another gang color.

The tattoo is located in the middle of The Game’s chest and torso, symbolizing his heartfelt connection to the fallen MC and frequent collaborator.

#TSRTattz: #TheGame is getting #Nipsey tatted on his chest! ✊🏾

The Game and Nipsey connected on multiple songs, including “Ha Ha” from the former’s project The Red Room and “They Roll” from the latter MC’s mixtape Bullets Ain’t Got No Name Vol. 2,.

Nipsey was shot and killed in Los Angeles in front of his Marathon clothing store on March 31. His memorial service took place at the Staples Center on Thursday (April 11).