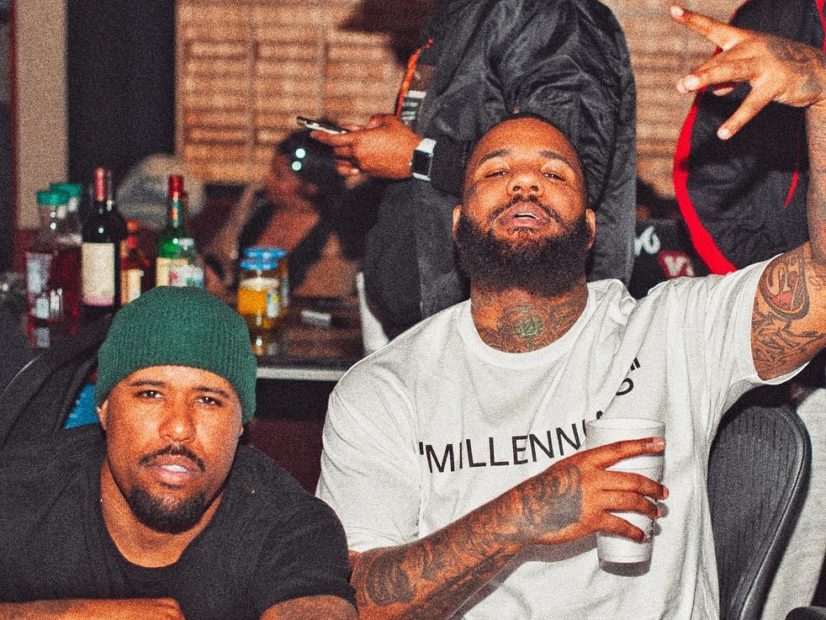 If one were to gauge the depth of the zone The Game is currently in as he completes his alleged final album, Born To Rap, one needs to not look any further than his album preview session in Hollywood Thursday night (January 24).

The time-tested, 39-year-old MC was actually working on a potentially album-making record as guests funneled into a modest yet accommodating Chalice Recording Studio.

The last minute session was on par for the course, seeing his upcoming ninth studio album has endured delays (musically and personally), name changes and a meticulous curation process.

Still, the energy and expectations were high as the blunt fog that permeated the air as the likes of Real 92.3’s Big Boy, Dom Kennedy, Eric Bellinger and a host of industry tastemakers, journalists and entourage members patiently waited for the music to start.

An appreciative Game went out of his way to thank everyone for their attendance and openly admitted the album — Born To Rap as it’s now known — wasn’t exactly a completed product. There were a handful of songs like the Ed Sheehan-featured intro, a whispy, atmospheric personification of Los Angeles haze; “Pull Up,” a decidedly dedicated gangbanging anthem; and the instantaneous West Coast classic “Gold Daytonas” (assisted by fellow ambassador Dom Kennedy) that Game appeared married to, yet the gathering served as a test for fan reactions.

Despite the euphoria that accompanies sessions of the ilk (getting to stand next to the artist generally alleviates bias in most scenarios), onlookers appeared to be more than pleased with the smattering of songs blaring through the studio’s monitors.

And of course, it wouldn’t be a Game album without a healthy dose of namedropping and controversy. At the top of one untitled record, Game revisits the past when he “dated” a pre-superstardom Kim Kardashian and got extremely graphic with the details.

“I’m a G.O.A.T. nigga/I held Kim Kardashian by her throat nigga/Made her swallow my kids until she choked nigga/I should apologize…because Ye my folks nigga,” he growls on the record. Aside from the salaciousness of the lyrics, it should prove interesting to see how her husband Kanye West reacts to the news, seeing he recently declared social media war on Drake for simply following his wife on Instagram.

Another record speaks on Travis Scott’s headstrong decision to perform at Super Bowl LIII, despite a supposed Hip Hop boycott.

“No Grammy nod for J. Cole/Get you no Cardi at the Super Bowl/Travis Scott had an incredible year/My only hope is he don’t turn his back on his peers,” Game spits.

As the movement Colin Kaepernick spearheaded increasingly gets muddled, it has been older artists such as Game, T.I. and Jermaine Dupri who have been vocal about not caving into the NFL machine.

With a release date tentatively scheduled for March 2019, it’s a surefire bet that Game’s final album will generate plenty of conversation and social media stir.

Not surefire: If Born To Rap is truly his last album.