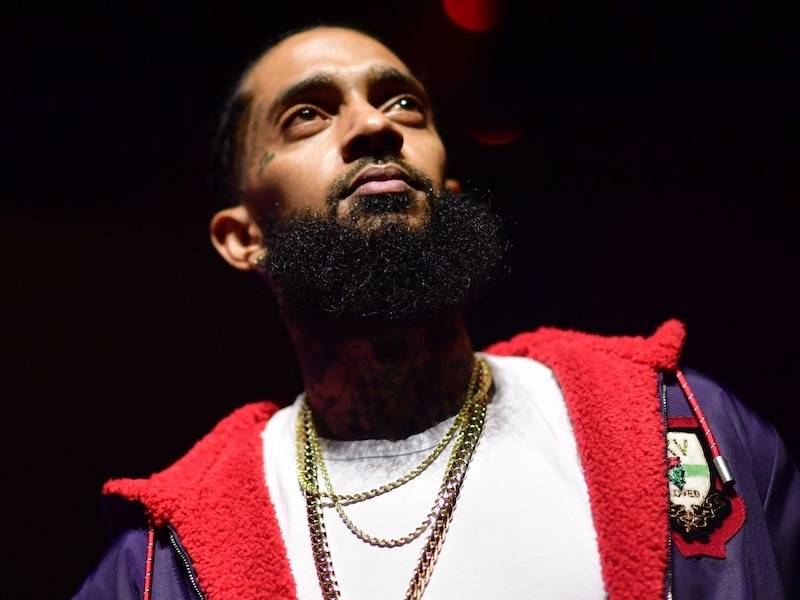 Nipsey Hussle’s family has shared the details for the slain rapper’s funeral. According to a recent Instagram post, the service will be held at the Staples Center in Los Angeles on Thursday (April 11) from 10 a.m. to 12 p.m. local time.

The Grammy Award-nominated rapper was killed on March 31 outside of his Marathon Clothing store. He was 33.

[This article has been updated. The original version was published on April 6, 2019 and can be found below.]

UPDATE: Nipsey Hussle’s camp tells HipHopDX his family will make the official funeral announcement on Monday (April 8) between 5 p.m. and 7 p.m. local time. It will include a full breakdown on what the funeral will entail.

The funeral is being held at the Los Angeles Staples Center on Thursday (April 11), according to TMZ. The venue holds roughly 21,000 people and the slain rapper’s service is expected to draw upwards of 15,000 attendees.

Last Wednesday (April 3,) Nipsey’s family reportedly met with the head of the Staples Center as well as LAPD officials who were on board to help plan logistics and security for the event.

The turnaround time for the event will be fast — the final Clippers game is the night before. However, staging equipment rental companies have already been contacted and several ushers who are employed at the Staples Center were asked to reserve the day so they can work the massive event.

In the wake of Neighborhood Nip’s senseless murder, the Hip Hop community as well as the L.A. community are still mourning the loss. On Friday (April 5), several rival gang members came together for a peace walk in the Crenshaw area where Nipsey was killed.

Gang leaders from Watts, Compton, L.A. and Inglewood met up to discuss a cease-fire on Thursday night (April 4). They talked about getting the word out in their neighborhoods to put down their weapons in an effort to demonstrate unity, which began with Friday’s march.

Members of all the gangs gathered outside a grocery store in Crenshaw and walked a few blocks before ultimately ending up at Nip’s Marathon Clothing store.

Nipsey was gunned down on March 31 after alleged killer Eric Holder shot him at least six times. Holder was arrested on Tuesday (April 2) and has since pleaded not guilty. His bond is set at $5 million. He’s expected in court on May 10.