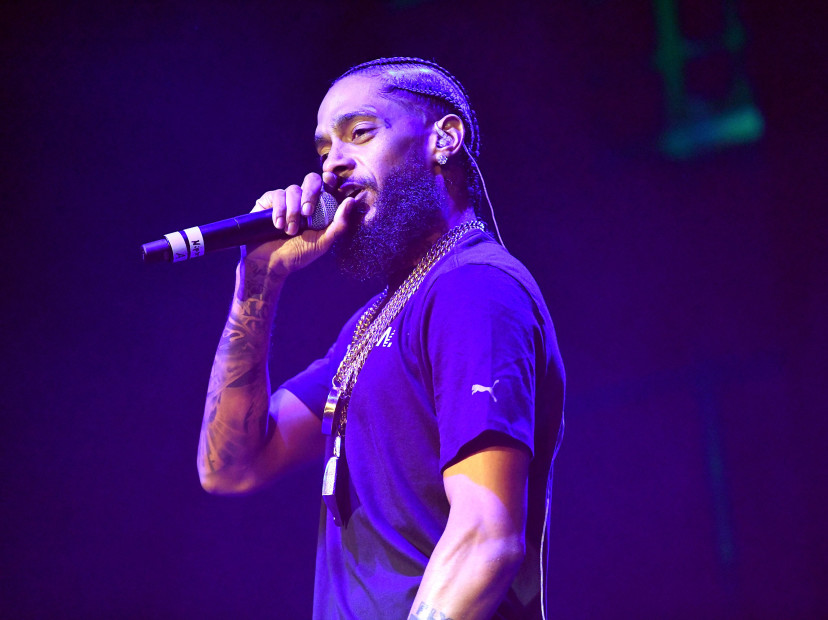 Los Angeles, CA – Nipsey Hussle had an obvious profound influence on his community, fans, and close friends so his family is in search of a venue that can seat anyone whose life he’s positively impacted to allow for them an opportunity to attend his funeral procession.

According to TMZ, venues that barely hold 2,000 aren’t cutting it. They’re looking to accommodate more than 15,000 people for Nip Hussle The Great’s memorial service.

Possible ideal locations include The Forum in Inglewood, California, the Hollywood Bowl or the Staples Center where Michael Jackson’s memorial took place.

The thousands of mourners who showed up to the candlelight vigil held in front of his store on Monday (April 1) demonstrate a clear need for a large space. The vigil was suddenly disrupted however and caused the Los Angeles Police Department to step in and “restore order.”

Nip’s family is looking to secure a venue big enough within the next two weeks.

He is survived by his daughter Emani and son Kross, whom he shares with his longtime girlfriend Lauren London.

Nip’s alleged killer, Eric Holder, pled not guilty on Thursday (April 4) and is being held on a $7 million dollar bond. Holder is due back in court on May 10.