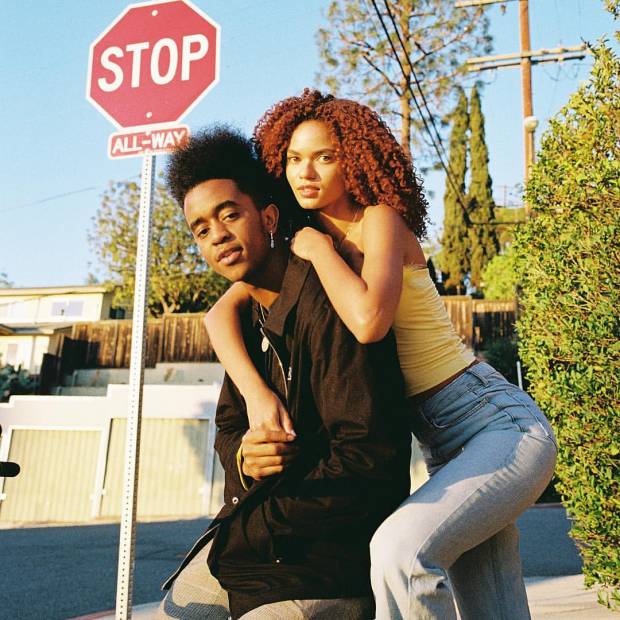 The nine-track effort closes with an infectious track inspired by two enraptured people who literally couldn’t get to know one another because of language barriers.

With dedication, commitment, and patience – a modernized love story was conceived and shared with the world, through the vocals and writings of Kehlani, in “Love Language.”

While We Wait includes two tracks produced by Brick: “Love Language” and “Footsteps,” featuring Musiq Soulchild. Having already produced for KYLE on “iSpy” featuring Lil Yachty, and Kehlani and KYLE’s platinum single “Playing With Me” – Super Brick is no stranger to the industry. After establishing a close relationship with Kehlani that started on Twitter in 2013, Super Brick felt comfortable sharing his real-life mesmerizing love story with the newly minted mommy during a studio session.

“We were at the studio and I told Kehlani all about this girl I been talking to and how we’ve been talking through a translator and how she’s hella cool… and she just was all like being a girl about it, all emotional (laughs)… she thought it was the cutest ever so ironically we started writing a song about it.” Brick tells DX. “I was fresh off telling her about this girl then boom… that’s how Love Language got created – and we made this about two years ago.”

i went to my first baby shower today! i feel like an adult! im so happy for you @kehlani !

congrats to my nigga @superduperkyle for smackin his first international headliner! lets back on these hits when u touchdown in LA again! Or should we drop some gold from the vault 🤔

With collaboration from his producer-friend, M-phazes, the original “Love Language” beat sat in the vault until Khelani connected with it during a studio session, “I was just playing her (Kehlani) beats and then she heard that one and…it was like magic, it happened so fast with her writing the song… it was cool.” Brick exudes.

“It’s sort of a double entendre…when people speak about learning a love language it’s like do you like gifts? do you like physical touch?…but with us, we were also transcribing it literally because I was talking about me speaking a completely different language with somebody from a different country.”

Now fluent in each other’s native languages, Super Brick and his girlfriend Julianna enjoy the two-year-old self-reflective song without translation. With plans to continue making beats at his house – in hopes that one of his studio concoctions lands in the right hands  – Brick says he is OK with the spontaneous process of being a producer.