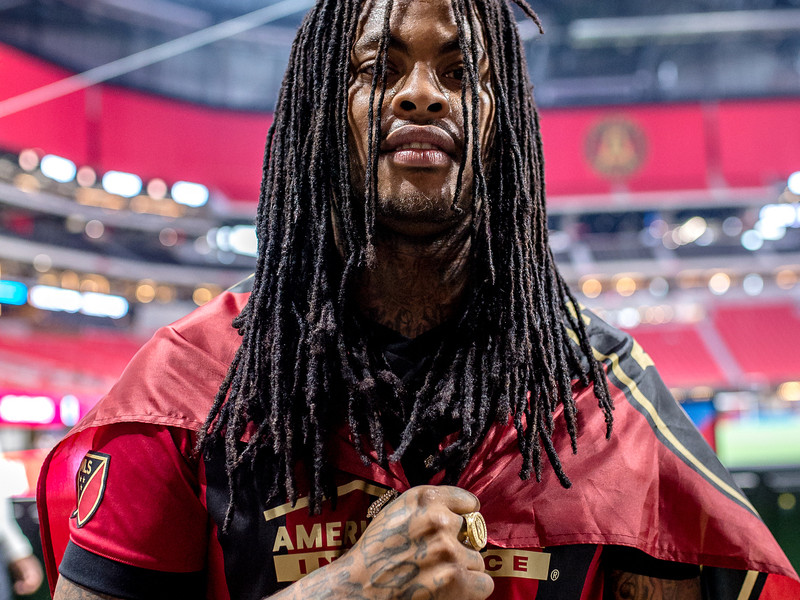 Los Angeles, CA – When Daniel Caesar stood up for social media influencer YesJulz’s perceived disrespect of black women by asking why black people are being “so mean” to white folks during his Instagram livestream on Tuesday (March 19), Twitter commenced to flaming the R&B singer..

Now, Waka Flocka Flame and his wife Tammy Rivera are voicing their opinion about what the Freudian singer had to say after TMZ approached the couple about their thoughts on Caesar’s defense of Julz.

“Who is that?” Rivera asks.

After TMZ gave them the rundown, Waka proceeds to go in on him.

“It’s not about the white people of the new millennium,” Waka says in the clip. “It’s about the old muthafuckas that’s still being racist and cool. A white man just killed a bunch of Muslims and they pulled all the hashtags down but you see all the black kids dying.”

Rivera then asks if Caesar is from America but learns he’s actually native to Canada. Waka then offers a suggestion to the Grammy Award-winning singer.

“Bruh, don’t speak American business if you not from here,” Flocka says.

Rivera adds,”Tell him to speed down the street in a car, get pulled over by two white cops and then he’ll figure out why.”

During his original Insta-monologue, Caesar insists he was intoxicated.

His commentary comes after YesJulz’s unwarranted attack of Karen Civil and Scottie Beam on a recent podcast. Julz, a white woman, has a history of disrespecting black women and the culture as a whole.

She once insisted “black women don’t like her because black men do” and on a separate occasion, asked if it was okay for her to rock a shirt with the words “niggas lie a lot.” Aside from that, in a recent freestyle, she suggested black people only kill each other and never give back.

“Why are we being so mean to Julz?” Caesar said during his livestream. “Why is it that we’re allowed to be disrespectful and rude to everybody else and when anybody else returns any type of energy to us—that’s not equality.

“I don’t wanna be treated like I can’t take a joke. I just went through the fucking Chappelle shit and I had to like, in the moment, acknowledge that I was being fucking sensitive.”