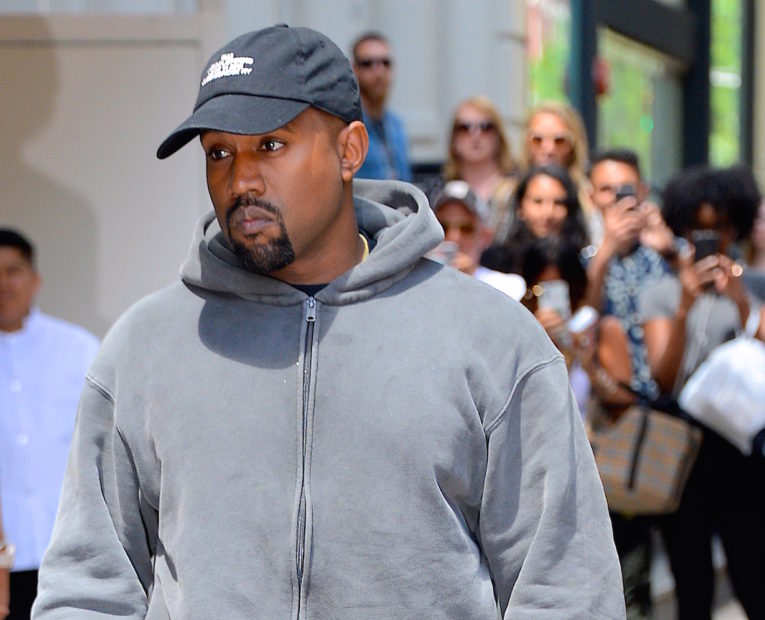 Los Angeles, CA – Kanye West must constantly create and release music according to his contract with EMI publishing. It also contractually bars him from retiring, The Hollywood Reporter says.

It’s an interesting discovery, considering West’s assertion that the boatloads of Africans brought over to America in the 1600s and forced to build the country up into prosperity for free, was by choice.

“When you hear about slavery for 400 years…that sounds like a choice…It’s like we’re mentally imprisoned,” he said on TMZ Live last year.

Now, he’s in court fighting for his own freedom as his contract with EMI states:

“You (Mr. West) hereby represent and warrant that to [EMI] that You will, throughout the Term as extended by this Modification, remain actively involved in writing, recording and producing Compositions and Major Label Albums, as Your principle occupation. At no time during the Term will you seek to retire as a songwriter, recording artist or producer or take any extended hiatus during which you are not actively pursuing Your musical career in the same basic manner as You have pursued such career to date. (The preceding representation shall not be deemed to prevent You from taking a vacation of limited duration.)”

The legal documents originally obtained by TMZ, reported as being heavily redacted, included the aforementioned portion of the contract. As of Monday (March 4) the dispute has become available to read in full.

EMI has handled Kanye’s publishing since 2003. The pub company oversaw hundreds of Ye’s releases including 2010’s My Beautiful Dark Twisted Fantasy and 2011’s Watch The Throne collab with JAY-Z.

According to the California labor laws, West’s contractual relationship should have terminated in 2010.

“It makes no difference under section 2855 whether the contract is otherwise fair, or whether the employer has fulfilled its end of the bargain,” states West’s complaint. “It matters only whether the services began more than seven years ago. There can be no dispute that this happened here. The seven-year period ended under this contract on October 1, 2010. For more than eight years thereafter — more than double the maximum seven-year period California law allows — EMI has enforced rights in violation of California law, depriving Mr. West of the ‘breathing period’ that California law mandates.”

To keep Kanye under their thumb, EMI would exercise the right to renew his terms under the guise of money, singles or albums owed thanks to a California civil jury instruction that allows record labels and music publishers to sue over “lost profits.”

To counter West’s suit, EMI hopes to take the case to federal courts. This will eliminate the ability to cite California law since he is also demanding for his masters. This makes it a copyright matter which is addressed at the federal level.

“The rights to, ownership interest in, and exploitation of copyrightable musical compositions are precisely the subject matter of the Copyright Act,” EMI’s counter-statement reads.

Under federal law, however, EMI can only hold Kanye to his contract for 35 years. 2019 will make year 16 under these contract terms for Kanye.

If the courts side with EMI under federal copyright laws, West will have to stay in his contract for another 19 years and will be contractually free at the age of 60.