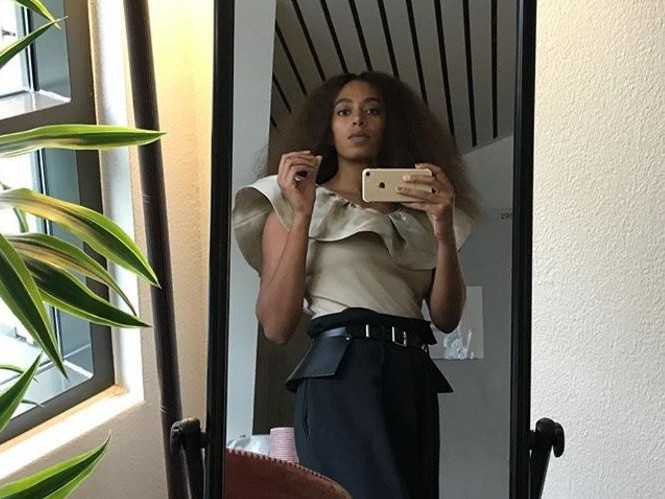 As if Black History Month couldn’t get any more eventful, Solange has brought the early 2000s social networking site BlackPlanet back to life in the name of new music right before the shortest month of the year comes to a close.

BlackPlanet grew to prominence back when AOL was still on dial-up. At one point the site boasted over 20 million registered users and was the fourth most-visited social networking site in America. This was way before Facebook and MySpace was a thing. Golden State Warrior champ Kevin Durant even had a page before he got drafted by the NBA in 2007.

“Find me on black planet !!,” Solo tweeted today (February 26) along with a link to her personal BP page. “black planet 4 evaaa.”

Her page displays a montage of various clips along with a sequence of number in parentheses all the way to 104. Next to some of the numbers, there are quotes such as “For the bad weaves and two ways” and “I made the pilgrimage back to the pagoda of third ward houston to answer this.”

As for the clips, they appear to be behind the scene shots of Solange posing in dazzling attire and fancy boots, while next to an old school whip.

Clicking on Solange’s name in the upper left-hand corner redirects to a silent, looped visual of three Black women who start doing mysterious hand movements illuminated by the colors of red, gold and green — which also happen to be the colors of the Pan-African flag.

Also on Solo’s profile is her “Dossier,” a collection of photographs hailing from her A Seat At The Table era as well as tour dates and the option to sign up for her newsletter.

In October, Solange told the New York Times’s T Magazine that the follow-up to her 2016 album is complete and gave fall as the expected timeframe of release.

She says the music will be jazz-infused “with electronic and Hip Hop drum and bass” and will drop “at some mysterious and unexpected moment.”