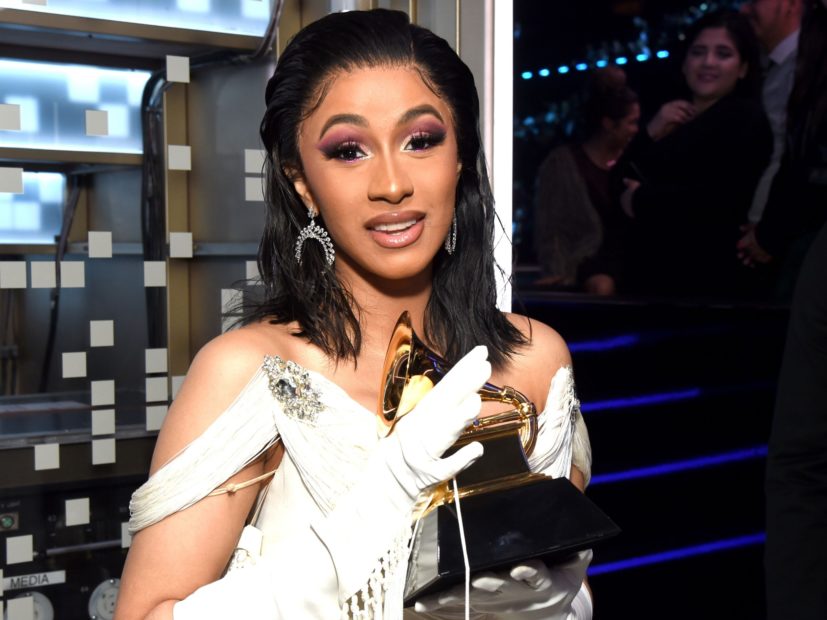 Cardi B Dedicates History-Making Grammy To The Late Mac Miller

Cardi B walked away from the 61st Annual Grammy Awards on Sunday night (February 10) with a trophy in the Best Rap Album category for Invasion Of Privacy. It marked the first time in Grammy history a solo female artist has won in that particular category.

Following her win, the always colorful Belcalis Marlenis Almánzar shared an Instagram video of herself celebrating the momentous occasion. But she didn’t forget the late Mac Miller, whose Swimming album was also nominated for Best Rap Album.

“Thank you so much!” she begins. “Thank you Bardi gang for always supporting me … I read an article that Mac Miller’s family said that if he don’t win, they want me to win, so I’m sharing this Grammy with you muthafucka. Rest in peace. Thank you everybody. Bronx up!”

Miller passed away last September following a drug overdose. In the wake of his untimely death, his parents Karen Meyer and Mark McCormick were invited to the ceremony to accept any posthumous awards on his behalf. Although their son didn’t win, the Pittsburgh-bred musician was included in the tribute reel of those we lost in 2018.

Miller was 26 at the time of his death.