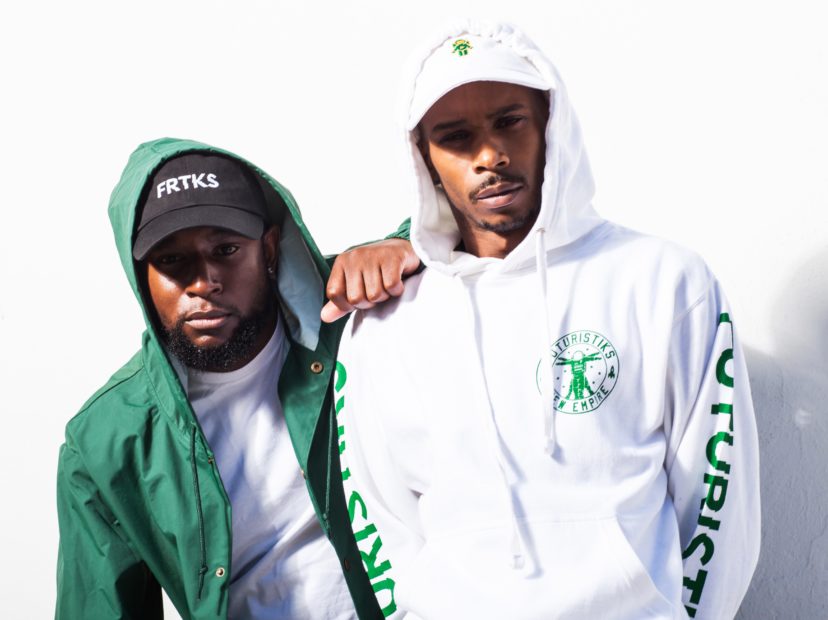 North Hollywood, CA – Remember when LeBron James and the Cavaliers took home the NBA Championships in 2015 and everyone counted them out? According to Nipsey Hussle‘s trusted producers Mike and Keys, that’s the spirit in which his Grammy Award-nominated debut album Victory Lap was made.

It was derived from the same vitality of a professional athlete gunning for a crowning achievement. In the case of the 33-year-old rap star — Best Rap Album at the 61st Annual Grammy Awards.

“When LeBron won we felt the energy and the passion and the hard work he put in to get to that point,” Mike tells HipHopDX. “We always watched sports. It’s a competition. You can be down a lot of points and it could look like you won’t win, but you can win if you believe in and pace yourself. We always spoke on that.”

Looks like to we going to the Grammys @nipseyhussle ????????

During the summer of 2017, Nipsey ‘s All Money In camp incubated Paramount Recording Studios for the making of his highly-anticipated album Victory Lap — and at the center of the album’s sound is the production duo Mike and Keys.

After months of essentially living in the studio in favor of making sure Nipsey’s debut album is top-notch, the project was released under his new partnership with Atlantic Records in January 2018 and is now nominated for a Grammy this year.

Mike & Keys recently invited DX to their North Hollywood studio to catch up and play the new music they’ve been working on with Guapdad 4000 and G Perico. It’d been a minute since our previous conversation that took place while Buddy’s Harlan & Alondra was being cooked.

Naturally, we reminisced about the formation of the album at Paramount.

“I think the pressure is over for us,” Keys says. “We’ve proven we can make a Grammy album. When it’s us and Nipsey, you can’t really break that. It’s like Kobe and Shaq. Unstoppable.”

The final days of Victory Lap‘s creation, I was present and blessed enough to witness history in the making. Mike and Keys, along with Axel Folie and Kacey Khaliel were there almost every day. There were also a host of other producers, songwriters and famed recording artists who came through the studio too.

The studio was in session from sun up to sun down. Dedicated creatives were sleeping on the floor and waking up just to do it again.

“It was like a group effort,” Keys adds. “Everybody that was involved from 1500 to us to just producers we know that we’re cool with that are cool with Nip. It was just a group effort and we just ended up creating a dope album altogether.”

At the moment, it appeared as if it was just the normal process of making another project. Whether Victory Lap would be nominated for a Grammy was talked about — but no more than any other recording artist who toys with the idea of winning the gilded trophy. In hindsight, the entire process of creating Victory Lap is Grammy-worthy in itself — from the use of real instruments, making calls to bring in talented vocalists and the collaborative efforts from everyone around. It was a huge, yet low-key, production.

“There were people around who would tell us we might get nominated for a Grammy and we’d laugh and say get out of here,” Mike remembers.

In fact, the duo made an appearance on #LitnessTest and predicted the project’s inclusion in Album of the Year discussions and possible Grammy nomination over a year ago.

“We know how great Nipsey is, it was inevitable he’s going to get nominated,” Mike says. “We knew that while we were working on the songs. He sounds like nobody else. He’s like the new Tupac. How could he not get nominated in rap music? ”

Much like with 2013’s $100 mixtape Crenshaw, the production team formally known as The Futuristiks curated the luxurious sound of Victory Lap based upon the vibe of album’s final track “Real Big” featuring Marsha Ambrosius.

“That was the first song that we did for the album,” Mike says. “I just remember how everybody felt when we was playing that song because Nipsey was singing and it was like a personal song. Nobody ever heard Nip like that so that song, so everybody is always like that song, is a good song no matter what.”

They weren’t even expecting Nipsey to hop on that song and the pair gives credit to 1500 or Nothin’s Larance for pushing Nipsey to rap on beats that were outside of the box.

From there, Nip appointed Mike and Keys to make sure the album sounded cohesive or “look how it sound.” Some of the tracks on Victory Lap were from older sessions and some were re-worked at Nip’s request including “Real Big,” “Right Hand To God” and “Young Nigga” featuring Puff Daddy.

Then there were songs they created in the moment such as the YG-assisted banger “Last Time That I Checc’d,” “Dedication” featuring Kendrick Lamar and “Status Symbol 3” with Buddy.

“Nipsey was just like it’s in your guys’ hands because we was really the ones that was there,” Keys says. “Not exactly at the beginning, but after Crenshaw when he wanted to do his album he was like I need you guys to finish everything. And that’s what happens. We told him to get the songs mixed by Ali. We are responsible for the sound. The way it sounds right now, we were responsible for that and he will tell you the same thing.”

Since Victory Lap was years in the making, naturally there were hundreds of song options to pick from. It was easy to wonder how they went about choosing which 14 songs would make the final tracklist.

“The list changed numerous times at the ending stages in the last months of us finishing the album,” Mike recalls. “A lot of songs got changed at the last minute. That was the vibe for the last month or two.”

There are actually five versions to “Young Nigga,” which is a testament to how dedicated Mike and Keys were to make sure the sound fit the album.

The Marathon Continues is not just a mantra that Nipsey uses to monetize off of, it’s something he and his team live by. It’s where Victory Lap was born. The title itself — Victory Lap — carries on Nip’s ongoing theme of methodically putting in work to acquire whatever is desired.

This running maxim hails from them watching sports while in the studio, basketball specifically.

So when LeBron James and the Cavaliers beat the Warriors in 2015 and everybody counted them out because they were down 3-1, All Money In was celebrating just as much as they’re celebrating this Grammy nod.

In competition, it’s your team who makes you better and pushes you to become the best version of yourself. This dynamic is no different from Mike and Keys’ relationship with Nip Hussle.

“Working with a major artist like Nipsey, he gave us the confidence to make us feel realize like we’re real producers, we don’t just make beats,” Keys adds. “I think he respected that about us. Last time he was here he was like you guys stand out and I come to yall because you guys are all about quality. It’s like a Goyard. You buy the bag because of the quality, and it’s expensive — you guys are that.”

Luxury, high-end Hip Hop producers are who Mike and Keys are.

The 2019 Grammys will be broadcast by CBS from the Staples Center in Los Angeles on February 10.