Review: Buddy's "Harlan & Alondra" Proves His Debut Was Worth The Wait 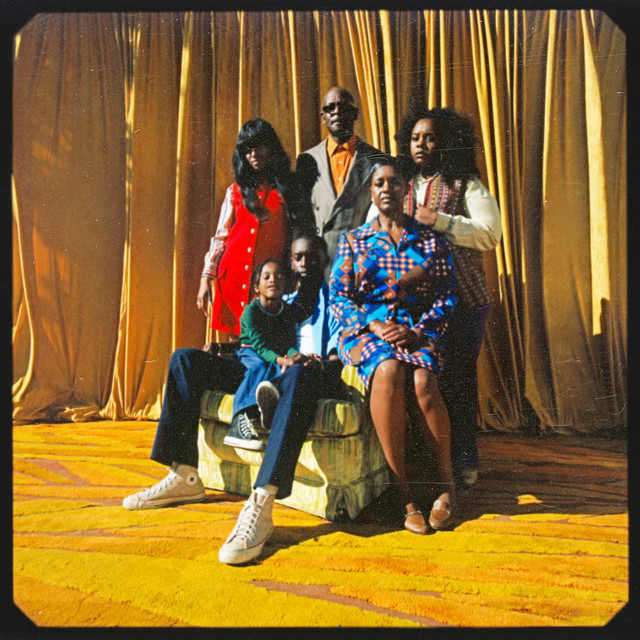 Buddy has been waiting to shine for a long time. The Compton MC caught the ear of Pharrell about a decade ago, but he’s just now fully stepping into the limelight with his debut album, Harlan & Alondra. The album, which was named for the intersecting streets of his childhood home, proves to be well worth the wait.

“I’m just a regular nigga on an irregular mission,” Buddy declares on the opening “Real Life Shit.” These words set the tone for a rapper who keeps his feet on the ground and his head in the clouds. His aspiration for wealth — for him and his kin — is a consistent theme throughout the project, and he details his humble beginnings to flesh out the portrait of a hungry young rapper.

The album’s centerpiece, “Trouble on Central,” is a wistful ride through Buddy’s hood as he channels his teenage self to recall the childhood blues. “I wish I had the finer things/ I wish you wasn’t so Cobain/ I wish I had you (shit)/ And I wish I wasn’t stuck on Central,” he raps.

Buddy’s statements are simple but hit home for anyone who has ever had to scrape for rent money. His relatability keeps Harlan & Alondra an engaging affair.

Throughout the LP, the West Coast MC favors relaxing sonics over Hip Hop quotables. Lyrically impressive moments are like Omar Little’s appearances on The Wire: there are just enough to keep the audience craving more. “‘Cause I aim high, never aim low/ ’Bout to take off/ Takeoff like Quavo,” he quips on the spacey “Trippin’.” Elsewhere, Snoop Dogg helps compensate for the lack of lyrical wizardry with his trademarked buttery flow and humorous raps on the vibrant “The Blue.”

Buddy appears capable of more technically proficient bars, but he went all in on the album’s smooth-yet-funky atmosphere. “Shameless,” for instance, features the well-worn topics of free sex and wealth without fame, but the lively “Shameless, shameless” chant on the hook proves to be audio ear candy. The Jahaan Sweet-produced “Black” is a traptastic, hype-heavy ode to being Black (as well as the color black) that doubles as an anthem for Black America and a subtle middle finger to the MAGA hat-wearing crowd. The song itself adds a refreshing bite to an otherwise relaxing album.

“Speechless,” produced by Mike N Keys, Brody Brown and Roofeeo, features a drawled bassline, deliberate piano keys and stutter-step drums that make it sound like the 2018 version of OutKast’s “Funky Ride.” The track is the most prominent example of being influenced by the two dope boyz in a Cadillac, despite his Cali origins, yet Buddy’s self-assured flow remains all his own.

Although there’s some star power on the production side, including Jake One and Scoop Deville, some less-heralded beatmakers supply most of the soundscapes. Mike N Keys, Brody Brown and Roofeeo team up on several tracks, sprinkling in hummable basslines with trap drums. Both Buddy’s raps and their beats make for a compelling mix of nostalgia and originality. This recipe makes Buddy one of the few rappers of his generation who can satisfy old heads and young bucks alike.

Even at just 12 tracks, there are times when Buddy’s style grows stale. While his dream of being a “Legend” is commendable, the generic bars about reaching rap’s upper echelon find him briefly stumbling halfway through the album. “Young” features an impressive interpolation of OutKast’s “Liberation” but is redundant in its sonics and themes of sex and striving. These songs serve as minor dents on an otherwise polished finished product.

A rapper is often only as good as his last song, and Harlan & Alondra ends on a strong note. The closer, “Shine,” is a glass-half-full dose of faith and optimism to leave listeners with a good taste. However, it’s the penultimate cut, “Find Me 2,” that best defines Buddy as a man and artist. “Ain’t no maybes and no probablys, I gotta be (myself),” he declares.

Being comfortable in one’s own skin is something most people, especially rappers, strive for their entire lives. Buddy’s self-acceptance ensures his future in Hip Hop is bright and shines through on Harlan & Alonda. The pursuit of his goals has finally paid off with this grand debut.