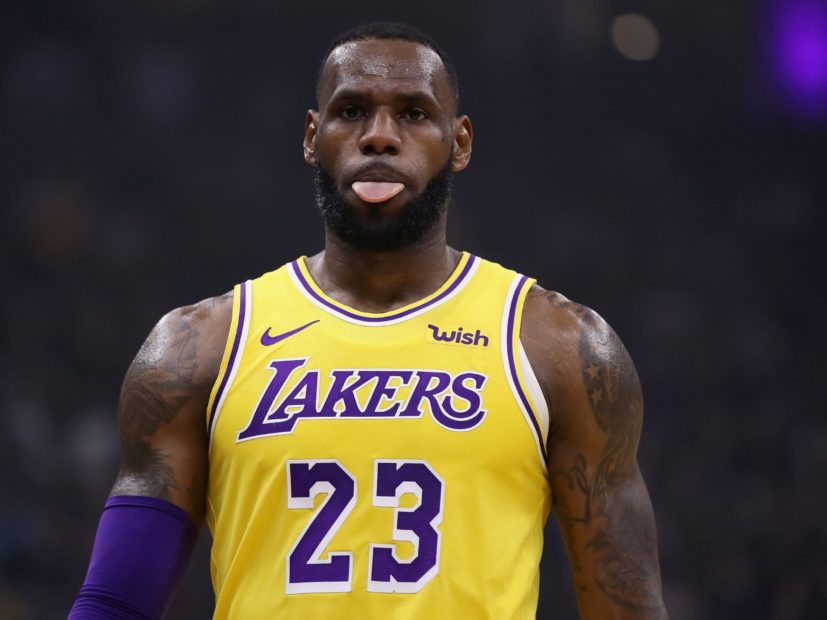 LeBron James Would Rather Rap Kendrick Lamar Than Talk To Paparazzi

Beverly Hills, CA – Paparazzi recently caught LeBron James outside of Beverly Hills restaurant Avra where he was enjoying date night with his wife Savanah. After indulging themselves in Greek food, the couple snuck out the back where a 2018 Mercedes-Benz Maybach S650 was waiting.

Rather than exchange typical banter with the paparazzo, the NBA superstar starting rapping Kendrick Lamar’s “Alright.”

James is a noted Hip Hop fan. When Eminem’s surprise studio album Kamikaze was released in August, he filmed himself losing his mind to the new project and insinuated anyone who didn’t think it was “fire” had no business listening to Hip Hop.

“Now if y’all think this @Eminem ‘Kamikaze’ album isn’t [fire emojis] you’re just hating and incompetent of lyrics/cadence/breakdown of his raps,” he said. “Oh and he putting quite a few in a body bag too!”

He also revealed the L.A. Lakers blast Eminem during “White Boy Wednesdays,” one of their weekly practice sessions.

James is getting ready to take on the Indiana Pacers with his fellow Lakers on Thursday night (November 29) at Los Angeles’ Staples Center.