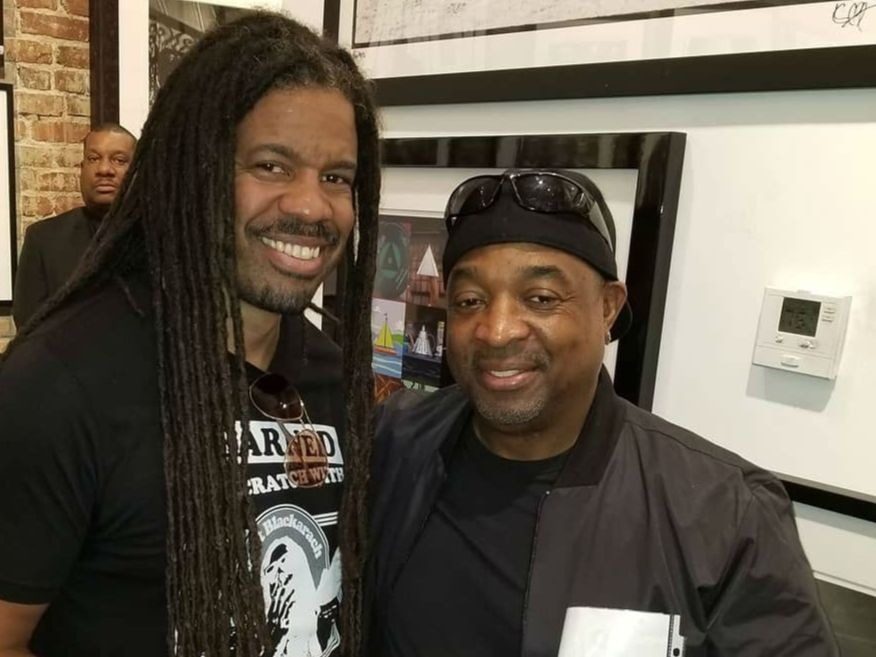 LeBron James isn’t just the “face of the NBA,” he’s also an philanthropist and an advocate for education. So when Chuck D was approached to score some of the music for James’ new documentary Shut Up & Dribble, the Public Enemy mastermind and sports enthusiast didn’t hesitate.

“LeBron James is a person that goes outside of himself,” Chuck tells HipHopDX. “He’s a voice for the voiceless like Craig Hodges who has done great gestures on pushing the sports forward into some kind of social discussion. James was actually told to ‘shut up and dribble’ by a journalist on Fox TV [Fox News’ Laura Ingraham]. Basically, ‘We don’t need to hear your opinion about society and life and what you think about the administration.’

“It was a no-brainer being able to be commissioned to do the music score for this job. Not only am I a fan of LeBron James, but I admire the stance that he speaks up for those that don’t have as much of a voice as he has.”

Grammy Award-winning producer Amani K. Smith — also known as Burt Blackarach who has produced songs for Public Enemy — was also brought on board. His initial response to being asked to participate was along the lines of “oh hell to the yes.”

Sports have always been a big influence in Smith’s life. He played baseball from elementary school to college as a starting catcher and still plays every Sunday.

“My favorite player, Roy Campanella, taught me from his wheelchair how to properly throw a runner out at second base,” Smith tells DX. “That was a huge moment in my life. A legend who’s paralyzed picking up a baseball and showing me the proper throwing motion. I still get goosebumps. Like Chuck, I’m an encyclopedia of sports knowledge and numbers. I’ve also had Lakers season tickets since 1983.”

Smith knew being a part of the Shut Up & Dribble docuseries was a special opportunity.

“The documentary already had a composer in place, so we were like Michael Cooper and Jamal Crawford on the bench, ready to do whatever was needed,” Smith says. “Normally, being a second composer isn’t an ideal situation, but we knew this project was groundbreaking and an important part of history. I was honored to be part of it and was eager to do whatever the team needed.”

Chuck adds, “We always have a good time picking up where we left off.”

Narrated by sports journalist and television personality Jemele Hill, each episode focuses on James’ rise to NBA stardom and his humanitarian efforts. While neither Chuck nor Smith have met James in person, it’s only a matter of time.

“He’s a little busy getting my Lakers sorted,” Smith jokes. “Let me tell you about his team of producers and the music supervisor — [they are] incredibly talented, world-class superstars. This was a dream project. I hope everyone takes the time to watch Shut Up and Dribble. It’s an important message at a critical time. King James, holler at your man. I’m at the Staples Center. Section 104, Row 6, Seat 1 & 2.”

The three-part series premiered on Showtime on November 3 and will culminate on Saturday (November 17) at 9 p.m. ET.