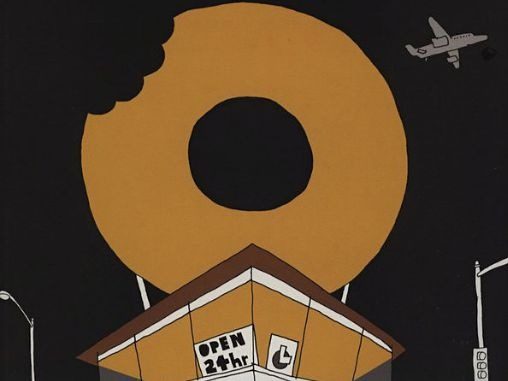 J Dilla dropped his third album Donuts via Stones Throw Records on his 32nd birthday. Three days after its release, the celebrated producer was gone. Sadly, Dilla passed away on February 10, 2006 following complications from lupus. But the Detroit-bred legend’s legacy lives on.

Donuts was reissued in 2016 to mark the album’s 10th anniversary. Boasting 31 instrumental tracks, the project encapsulates Dilla’s signature, jazz-infused style and showcases his innate ability to flip a sample out of any piece of music — any genre.

The ending of the final track was created to flow into the beginning of the first one, forming an infinite, circular loop. Hence, the title of the album.

In a 2006 interview with The Fader, Dilla’s mother Maureen Yates — or Ma Dukes as she’s affectionately called — described what it was like watching her son work on the album so diligently every single day in the year leading up to its release.

“Donuts was a special project that he hadn’t named yet,” she said. “This was the tail end of his ‘Dill Withers’ phase, while he was living in Clinton Township, Michigan. You see, musically he went into different phases. He’d start on a project, go back, go buy more records and then go back to working on the project again.

“I saw him all day, everyday. I would go there for breakfast, go back to Detroit to check on the daycare business I was running, and then back to his house for lunch and dinner … I didn’t know about the actual album Donuts until I came to Los Angeles to stay indefinitely.”

Ma Dukes said Dilla worked on the project even while in the hospital, a testament to his unwavering work ethic.

“I got a glimpse of the music during one of the hospital stays, around his 31st birthday, when [friend and producer] House Shoes came out from Detroit to visit him,” she said. “I would sneak in and listen to the work in progress while he was in dialysis. He got furious when he found out I was listening to his music!

Slimkid3, formerly of The Pharcyde, worked closely with Jay Dee on the group’s Labcabincalifornia album.

“Happy Birthday J Dilla,” he tells HipHopDX. “Today I’m giving thanks to Dilla and his amazing crew Slum Village. Being on the road with T3, Frank Nitt, Dank, RJ, and Guilty Simpson in the past, I was able to hear so much unreleased Dilla music and hear all the sacrifices made by them to raise as a unit in the industry.

“They are all amazing and I can’t just thank one. But Dilla was truly magical. From listening to Q-Tip play us a snippet tape for our Pharcyde album to Slum Village albums to the Donuts, I’m am proud to say I’m hella thankful to be a part of his legacy and Hip Hop History. Blessing and one love to The Dilla Foundation, friends, fans and family.”

Since Dilla’s death, several posthumous projects have helped keep his legacy alive, including 2016’s The Diary and 2017’s Motor City.