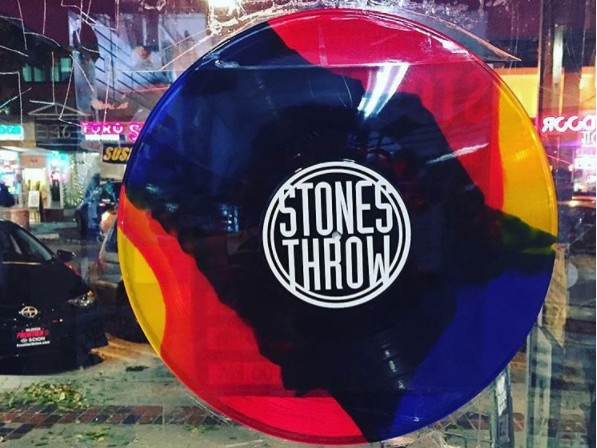 Los Angeles, CA – Founded by producer Peanut Butter Wolf (real name Chris Manak), Stones Throw Records has been a staple of independent Hip Hop for over 20 years. Its catalog consists of work from some of the culture’s most revered and innovative artists, including Madlib, the late J Dilla and MF DOOM. It may come as a surprise the beloved imprint is only now opening the doors to its first East Los Angeles-based studio. Simply dubbed Stones Throw Studios, it is now the official home base for the label’s production. Although the label made the announcement for the studio’s opening just last week, apparently, it has been up and running for nearly a year, and many recent records have been recorded in the Highland Park digs.

The ’80s Hip Hop-electro pioneer Egyptian Lover, who released his Egyptian Lover: 1983-1998 anthology with the legendary label in March 2016, has already experienced what the studio has to offer.

What does the talkback mic sound like? Location Sound for @yourstrulysf at Vox

“It’s a nice studio with many toys to create and a good sound,” Mr. Lover tells HipHopDX. “I’m sure many artists will enjoy this room. It’s comfortable and you can easily be inspired with all of the equipment.”

“The studio is mainly for our artists, but we do rent it out to the public, too,” Peanut Butter Wolf adds.

Helmed by engineer Jake Viator, the studio offers a 300 sq. ft. control room for tracking, mixing and mastering, and is fully stocked with Burl, Lynx and Apogee conversion, a compression/EQ from Avalon, Maselec, Foote, Smart, and more, as well as vintage FX pedals, synths, instruments and tape machines, according to Stones Throw’s website. For more photos, head over to Stones Throw Studios IG.

knx in the place