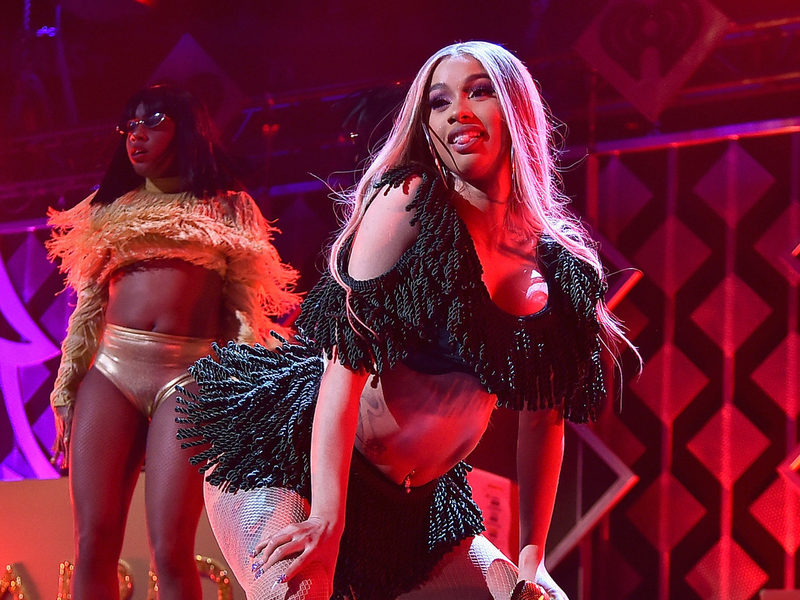 Cardi B is an open book on social media. In her world, there’s no such thing as “too much information.” The latest example of Cardi’s unfiltered look into her life came via Instagram, where she displayed her solution to a problem caused by tight jeans.

On Tuesday night (January 15), Cardi expressed her frustration with “pussy wedgies.” In the clip, she showed how she addressed the issue in her nether regions during a car ride.

“This how I gotta ride in the car, son,” Cardi said with her pants pulled down. “These pants is too muthafuckin’ tight. Shit was giving my pussy a wedgie. I hate having pussy wedgies, bro. My pussy be screaming at me like, ‘Bitch! You got me fucked up! You want a yeast infection, bitch?”

The clip has proven to be quite popular, racking up well over 14 million views as of Wednesday afternoon (January 16). While Cardi’s detractors may be rolling their eyes at the video, such candidness is part of what’s made her star.

When it comes to her actual music, Cardi is already mapping out plans for her sophomore album. She recently confirmed her new LP is in the works and could be out as soon as April.

“Of course there’s going to be an album in 2019,” she said during an Instagram livestream. “Hopefully, I could get my album done around the same time that Invasion Of Privacy came out.”

Invasion Of Privacy was released on April 5, 2018. It debuted at No. 1 on the Billboard 200, earned a Grammy nomination for Album Of The Year and secured a spot in HipHopDX’s Top 10 Albums of 2018.