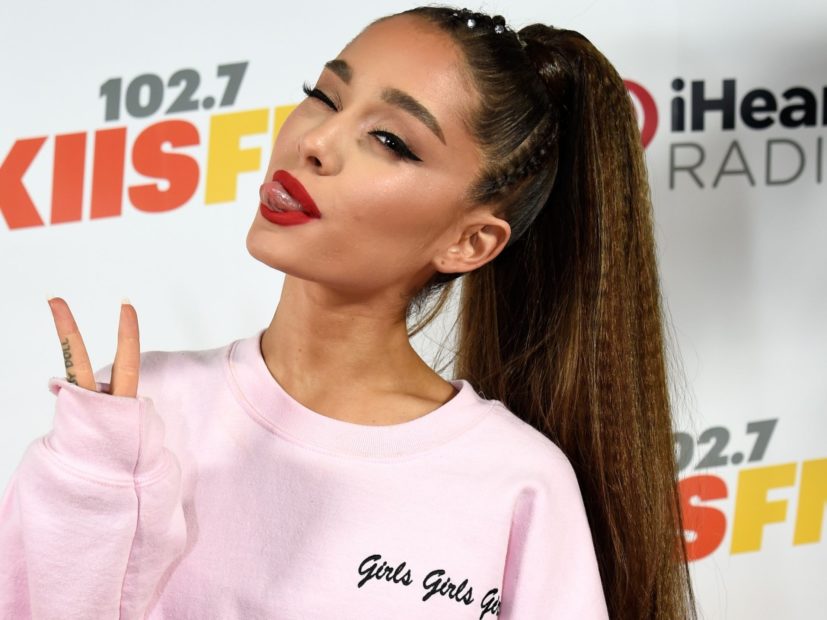 Ariana Grande Issues Apology To Kanye West: "It Was A Joke"

Twitter – After Kanye West accused Ariana Grande for exploiting his mental illness to promote her new “Imagine” single, the pop princess has issued an apology.

“with all due respect, i don’t need to use anyone to promote anything. period,” she tweeted on Saturday morning (December 15). “i was making a comment ab what men were doing at the time vs. women. it was a joke which i understand now was probably insensitive. i apologize if i was in any way triggering and hope u feel well today.”

Grande’s apology came after Kanye’s Twitter explosion aimed at Drake. Grande’s original tweet — which she has since deleted — insinuated the two Hip Hop heavyweights were arguing back-and-forth but Drake’s only reply to ‘Ye’s rant was a series of laughing emojis. It was mostly ‘Ye just spouting off about a myriad of topics, including Drake’s sub shots on Travis Scott’s No.1 song “Sicko Mode.”

“guys, i know there are grown men arguing online rn but miley and i dropping our beautiful, new songs tonight,” she said. “so if y’all could please jus behave for just like a few hours so the girls can shine that’d be so sick so thank u.”

Grande’s tweet didn’t go over well with Kanye and she has evidently realized how her tweet could’ve been misinterpreted.

I know Ariana said this to be cool and didn’t mean no harm but I don’t like even slightest level of slight commentary from someone I know loves and respects me pic.twitter.com/T9VXaIj9MX