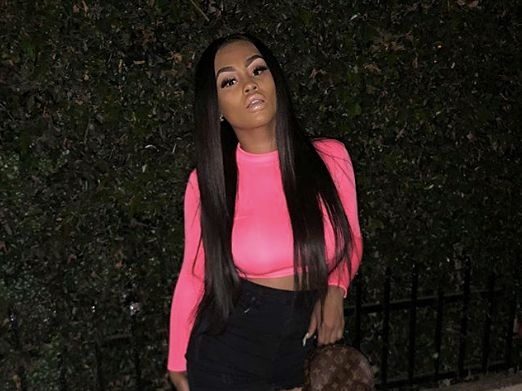 Offset’s alleged mistress Summer Bunni, who is at the center of Cardi B and the Migos rapper’s looming divorce, is using the extra press as a springboard for her singing career. On Friday night (December 7), the 20-year-old aspiring artist delivered a song titled “Don’t Matter” to The Blast.

According to the publication, Summer penned the song over the summer when she was experiencing “mixed feelings” about Offset. She added that she felt “neglected” during their brief fling.

“I just wanted to write about how I felt at the time,” Bunni said.

The slow, R&B-infused cut consists of lyrics such as, “I’m sick of you, I guess my feelings don’t matter/Never question how am I, am I better?

“I hope you play this shit when you all alone/So you can think about why I’m really gone/Fuck the gossip, fuck the tea/I’m the one that you really need.”

She also goes on to say all of Offset friends are trying to “fuck” on the low and something about, um, coming inside.

Earlier this week, Summer released a tearful apology to Cardi then headed to Instagram to pour out her heart again.

“Seeing another woman’s pain does not bring me any joy, nor do I think it’s funny,” she wrote. “I’ve always been for women supporting each other but in this situation not only myself but others have failed.”

To whom it may concern.

Cardi announced the split on Tuesday night (December 4) via Instagram. In the video, she said she’d been trying to work things out with Offset for a “hot minute.” Evidently, it didn’t work out.

Meanwhile, the platinum-selling rapper was just nominated for five Grammy Awards, including one in the Best Rap Album category for Invasion Of Privacy.