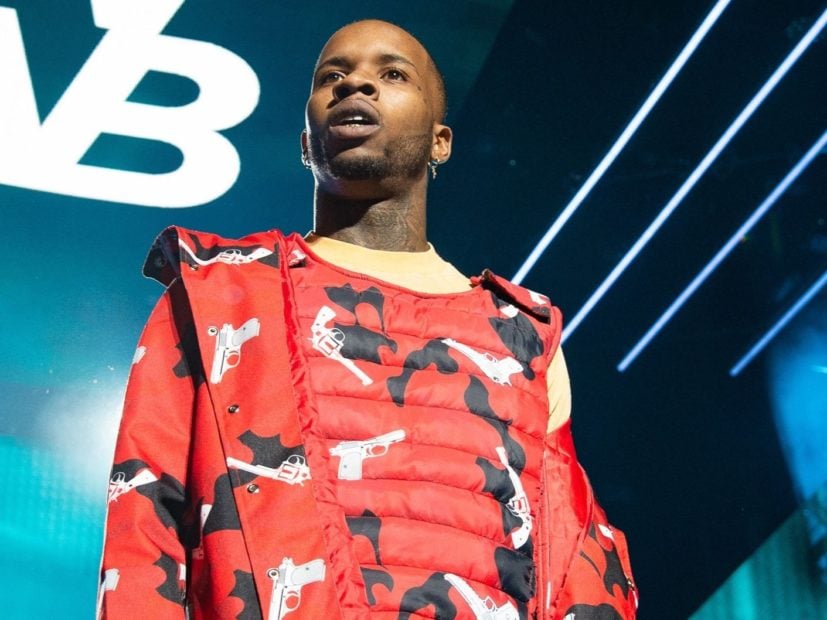 Tory Lanez is doing damage control after his recent interview with veteran journalist Tim Westwood. During the conversation, the topic turned to incarcerated rapper Tekashi 6ix9ine who Tory just collaborated with on the Dummy Boy track, “KIKA.”

At one point, he weaved Tupac Shakur into the conversation and drew parallels between the two artists. Naturally, social media raised its collective eyebrow.

“It’s really sad at that platform … kind of reminds me of Bobby Shmurda but Bobby Shmurda didn’t even get to go that far,” he says around the 17:45-minute mark. “For somebody to go that far, you got Kanye, Nicki Minaj, your album’s dropping. It’s like, the only nigga who had shit like that popping was 2Pac.

“When 2Pac was in jail he dropped the biggest album. Not to say it was the biggest album of all fucking time, but it was a pretty big moment. It’s sad he’s gotta be locked up during it, is all I’m saying.”

On Tuesday (December 4), Tory took to Twitter to clarify what he meant.

“I did not compare 6ix9ine to 2 pac … I just said they both dropped big albums from jail at the level of fame they had,” he wrote. “Get off my dick.”

I did not compare 6ix9ine to 2 pac … I just said they both dropped big albums from jail at the level of fame that they had . Get off my dick .

And he’s right. 2Pac released Me Against The World in 1995 while behind bars. It catapulted to the No. 1 spot on the Billboard 200 upon its release.

Although 6ix9ine’s Dummy Boy was believed to have debuted at No. 2 earlier this week, Nielsen Music announced there’d been a discrepancy in this week’s numbers. It turns out Dummy Boy is the No. 1 album in the country after all.

Despite 6ix9ine’s controversial persona, Tory says he knows a different side.

“[He’s a] very good guy,” he told Westwood. “The thing about it is every time I seen him [6ix9ine], he’s always joking around. Behind all of the extra shit, he’s a really funny, genuine, warm-hearted kid. … I wish jail on nobody.”