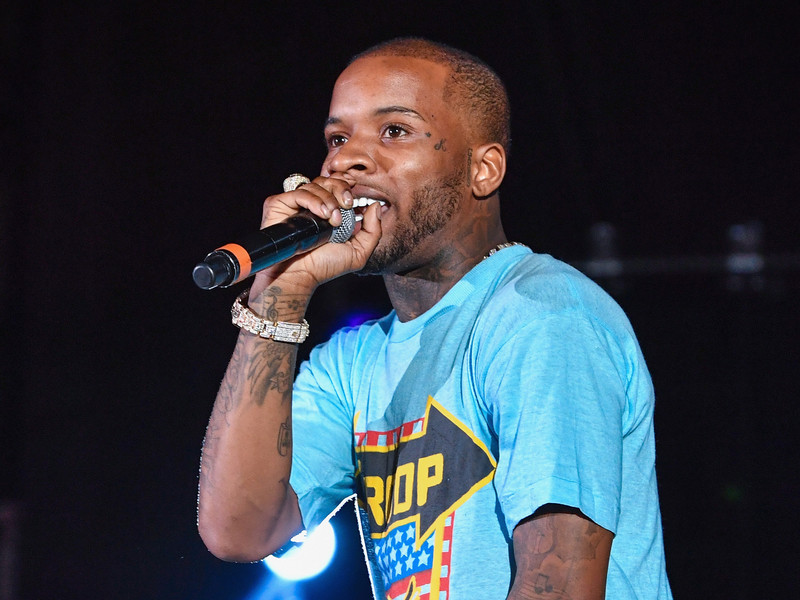 Less than 24 hours after Joyner Lucas issued his rap challenge, Tory Lanez has responded with the “Lucky You Freestyle.” As the title suggests, Lanez spit his bars over an instrumental of Eminem’s Kamikaze cut “Lucky You,” which originally features Lucas.

“Is he really that bad that I gotta hit him with a bigger gat/Matter of fact riddle me that/I’m literally at the spot that he said he’d be at, but where is he at?” he raps, seemingly calling out Lucas for not delivering his track yet.

The challenge kicked off on Monday (November 19) after Lanez insinuated he was a better rapper than Lucas.

Lucas replied with, “@torylanez if your so confident my guy, let’s pick a beat. you spit your hardest bars over it and [I’ll] do the same. [We’ll] let the people decide who ain’t fucking with who. Then we will pick a date and time and you present your version and I’m present my version. Same exact beat so it’s fair.

“If your not willing to step up and accept my proposal then don’t ever say no silly shit like ‘bar for bar Joyner Lucas ain’t fucking with me’ ever again in your life. tag the comedian @torylanez I love the confidence but stop it bro.”

Evidently, the game has began.