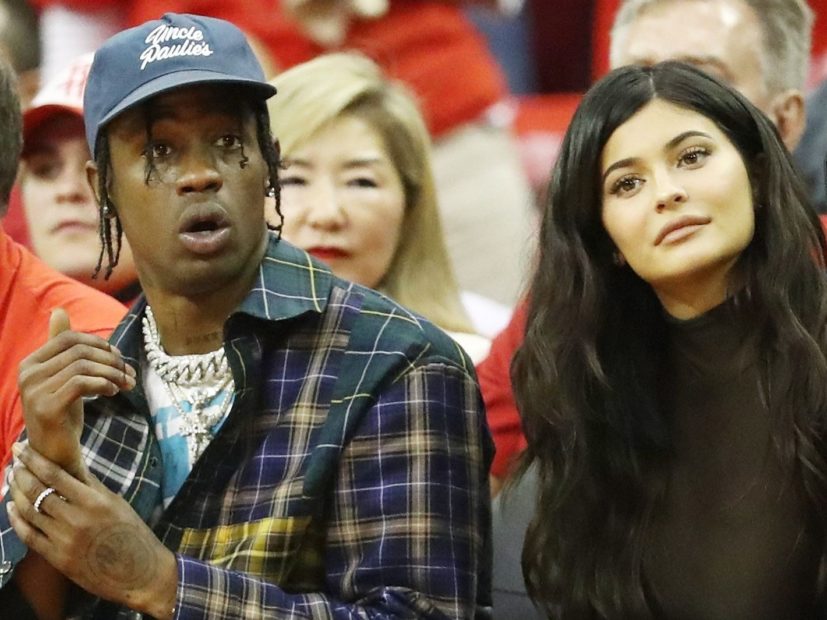 Travis Scott was forced to go on the defense after an alleged photo of himself cozying up to a woman not named Kylie Jenner hit the internet. The man in the photograph has braids similar to Scott’s signature style but his face is obscured.

A woman who goes by “melaninbarbie” on Instagram reposted a shot of the photo in question with a TMZ stamp across the front and captioned it with: “Nobody like me but yo baby daddy keeps me icy.” The post has since been deleted.

According to E! Online, Scott responded to the photo with: “Shit cap ass fuckkk. TMZ ain’t post this shit. Trolls working hard today. I don’t be on balcony wit no thots. That shit lame. Try again u trollssss. Me and my wifey sturdy. Back to celebrating!!!”

Scott — who has a daughter with longtime girlfriend Jenner — headed to social media to do some damage control, insisting the photo was doctored to make it look like him.

“Trolls always wanna create some fake shit to destroy real love,” he wrote on one of his Instagram stories. “GOING OVER BOARD TO MAKE SHIT LOOK LIKE IS NOT IS EVIL. I hate acknowledging shit. But quit try to take joy from shit that’s good. I pray god blocks out all evil.”

He ended with, “BACK TO CELEBRATING!!!!”

Scott referred to Jenner as his “wife” at the inaugural Astroworld Festival in his hometown of Houston last month.

“My beautiful wife … she came out,” Scott said. “My beautiful daughter, she’s here too. I love y’all so much.”

From the outside, the couple appears to be nothing but a united front — rumors and all.