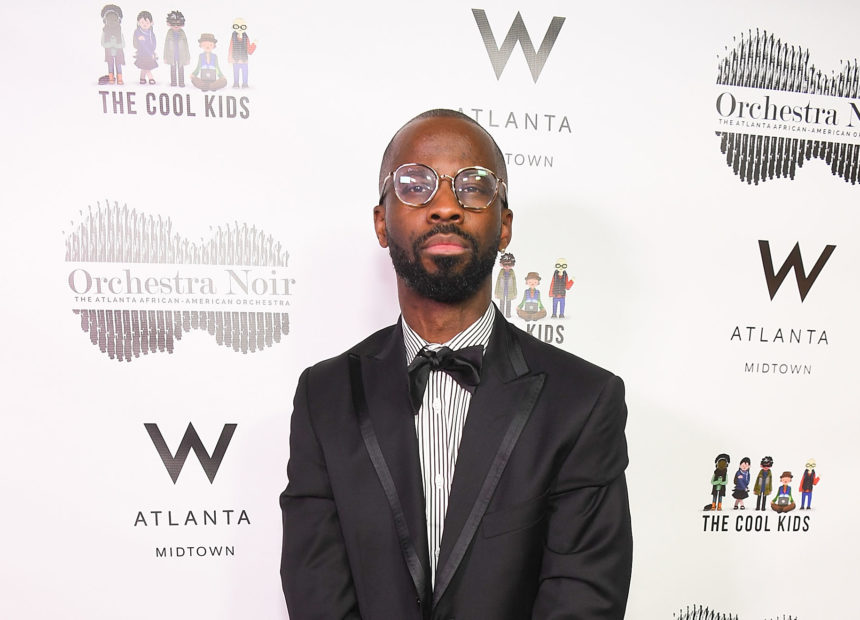 Grammy Award-winning songwriter and producer Bryan-Michael Cox, known for his work with Mariah Carey and Usher, is accusing W Hotels of allegedly swiping an idea to place full-service music studios in their hotels. He proposed the idea along with his brand strategist Angela Mack who called them out on Twitter.

Mack, CEO of creative agency Axiom Blue Corp, says W Hotels “completely stole the music studio suite concept” from her and Bryan while crediting Lady Gaga’s producer DJ White Shadow. Mack claims to have the receipts to prove it which have been confirmed by a former Starwood executive, a subsidiary of Marriott International that owns W Hotels.

“We presented the idea, and written proposal to Starwood corporate,” Mack tweeted. “They said they couldn’t afford it. In 2016, they executed and gave credit to DJ ‘White’ Shadow. We have the receipts!”

Speaking with HipHopDX, Cox and Mack agreed to open up about how their idea was stolen and repackaged by W Hotels in 2016.

It all started when they began to take meetings with Starwood executives in 2009. During this time, Angela and Bryan presented the idea of placing studios inside the hotels to them. The hotel giant essentially told them it wasn’t within their budget to take on a project of that magnitude at the time, so they worked out a partnership instead.

“We really started moving the ball down the court and then when they came back and told us that they couldn’t afford it, we said cool we’ll just move forward and do something else,” Cox says over the phone. “But to see them do not only exactly what we proposed, but to actually get some of the same sponsors is eerie.”

“Once they said they couldn’t afford it that’s when we said, well let’s look into getting a partnership,” Angela recalls. “In the meantime, Bryan actually did become a W Hotels partner. He was an official partner of the brand. At the time they were launching something called W Vision which is the in-house television station for Starwood guests.”

The decorated soundman worked with W Hotels hosting their W WanderLust Live segment for two years and even as the partnership faded, they continued to use his likeness for W Vision programming.

“The irony of that is that they had a partnership with Sony that was going terribly and spent all this money trying to get these artists to do this WanderlustLive situation and it was going terribly,” Bryan adds. “Sony was giving low, B-artists. Artists that wouldn’t attract the crowd so we had to figure out that whole part out too, to bridge the gap with Sony.”

Though Cox and Mack would frequently circle back with the luxury hotel chain about their proposal, according to Angela, they were always brushed off.

“Whenever we would bring it up they would tell us that they were still trying,” Mack remembers. “Eventually, the partnership naturally ended and the program ended. However, our last conversation was that they could not continue to use Bryan’s likeness in perpetuity. That’s what was happening two years after the partnership ended. They continued to use Bryan’s image as the host of W Vision. We sent them a nice cease and desist around that time. Then, when we saw the press release in 2016 about the Sound Suite we were completely floored. I, at that time, actually drafted a letter to the president of W Hotels because I wanted something on record saying that this was not your idea. This absolutely was the brainchild of Bryan-Michael Cox and Angela Mack. I did not get a response.”

In October, W Hotels announced their music label W Records and named Amber Mark as their first artist — and that’s when things came to a head for Angela. Frustrated with how W Hotels handled their proposal and then giving credit to someone else years later, it was time to say something.

“At that point it got frustrating. I called Bryan and told him that I think we should talk about it and he was completely on board,” Mack says. “We’re honestly telling the truth and this is not a coincidence. It’s not like we whispered the idea to a low-level manager at W Hotels. We were actually at W Hotels headquarters. The sentence that kind of drew us in was that this was the brainchild of DJ White Shadow. There’s no possible way that they think that that’s the truth.”

Neither Cox or Mack are seeking compensation; they don’t even plan on suing. They only want to shed light on a problem that has for far too long, gone unchecked in Black culture.

“We’re more focused on being a voice because we noticed that this is a common trend among African American ideas being stolen or appropriated,” Mack says. “It’s not fair to take an African American woman and put her at the forefront of that label when behind the scenes you’ve completely stolen the idea and your workforce doesn’t represent the makings of what you’re pushing out.”

“It happens so frequently that it becomes normalized,” he adds. “Forget that being normalized. As a Black man at 40 years old, I’ve experienced all kinds of foolishness.”

Ever since social media came into prominence, countless entities and personalities have pushed for corporations and brands to take more accountability in their hiring practices and give credit when necessary. Mr. Cox is no different.

“We just want to stress the importance of brands hiring people of color at the ground level and not just hiring them but also make sure that they get credit for their ideas because ideas and corporate strategies are emerging and they don’t necessarily come from the top-down,” Mack expresses. “But just because they come from the bottom-up doesn’t mean that they shouldn’t get credit. Our mission is to use our voice and make sure that brands do better.”

W Hotels’ public relations team did not respond to HipHopDX’s request for comment.