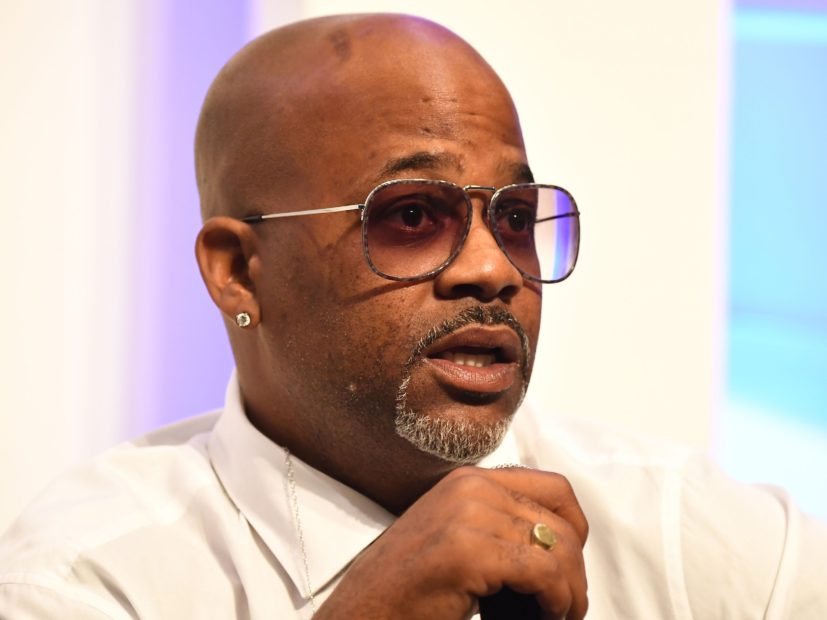 Los Angeles, CA – After a woman accused Damon Dash of threatening her life, the Hip Hop mogul is firing back. Patrice Miner, a former acquaintance and business colleague, alleges Dash harassed her on numerous occasions but Dash says it’s the other way around.

According to The Blast, Dash filed paperwork on November 9 asking for a restraining order against Miner for allegedly harassing his family. He reportedly wants protection for himself, his fiancée Raquel Horn and his 10-year-old daughter Tallulah.

Dash explains he subleased a commercial space in Los Angeles from Miner and has spent $50,000 on rent and other expenses.

“I am the victim in this action,” he says. “I am seeking to get protection and a restraining order from Patrice Miner.”

Dash says he has evidence to back up his story. He claims she’s “addicted to drugs and/alcohol and her judgment is impaired which is causing her to act irrationally and violently” and a “con artist and a fraud.”

He adds, “Her false restraining order against me is part of her schema (sic) to defraud me out of thousands of dollars.”

Dash reportedly fears for his safety and reveals Miner has invaded his privacy several times. During one particular incident, they were both in the alley behind the building when Miner approached him irrationally and verbally harassed him. He says she got “physically violent and pushed him when he asked her to leave.”

In the future, Dash says he’ll be suing her for defamation but for now, he just wants to be protected.

Earlier this month, Miner was granted a temporary restraining order (TRO) against Dash who is not allowed to come within 30 feet of Miner’s Kiddie Kuts hair salon. She alleges he threatened her life.

[This article has been updated. The original version was published on November 6, 2018 and can be found below.]

Damon Dash has been accused of threatening a woman’s life. According to The Blast, the Hip Hop mogul walked into Patrice Miner’s children’s hair salon in Los Angeles — Kiddie Kuts — grabbed a customer and threw him out of the establishment before telling her she was “so lucky” there were patrons in the shop.

Miner also said he “walked up to me and threaten my life.”

In another incident, Miner alleges Dash “yelled and screamed and called me an idiot in front of guests and customers.”

Consequently, Miner was granted a temporary restraining order (TRO) against Dash who is now not allowed to come within 30 feet of the shop.

In the court filing, Miner describes Dash as an “investor and customer” but his involvement in the hair salon is undetermined. Miner says she didn’t notify Dash she was filing the TRO because she “was afraid that the violence would reoccur when I gave notice I was asking for these orders.”

A hearing is scheduled later this month to make the TRO permanent.