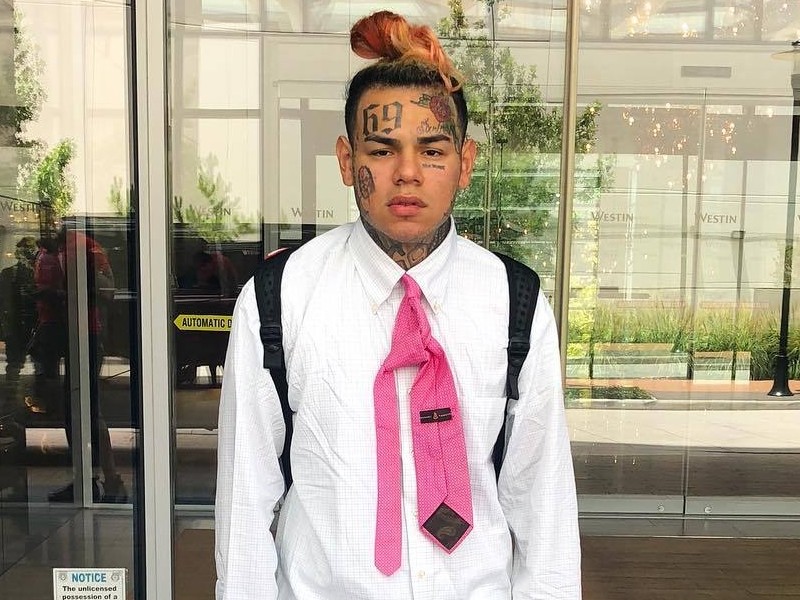 Tekashi 6ix9ine was back in a New York City courtroom on Friday (October 26) to face the repercussions of his 2015 child sexual assault case.

According to TMZ, a judge slapped 6ix9ine with four years of probation, 1,000 hours of community service and a directive to stay away from gang members and any gang activity. Any new arrests will be deemed as a probation violation, which could lead to prison time.

The judge gave him credit for one-year served, meaning his probation will end in 2021.

In October 2015, the rainbow-loving rapper pleaded guilty to one count of Use of a Child in a Sexual Performance. He struck a plea deal and was given a two-year deferred sentence.

According to legal documents, prosecutors say 6ix9ine was at a party in Harlem where a naked 13-year-old girl was taped engaging in sexual acts with another man.

The then 18-year-old rapper stood “behind the child making a thrusting motion with his pelvis and smacking on her buttocks.”

Following two arrests in Texas and New York, 6ix9ine’s team filed a letter with the judge claiming both arrests don’t constitute as violations of his plea deal.

His attorney, Lance Lazzaro, argued they both occurred long after the October 2017 deadline on his plea deal.

Prosecutors had recommended one to three years in prison.