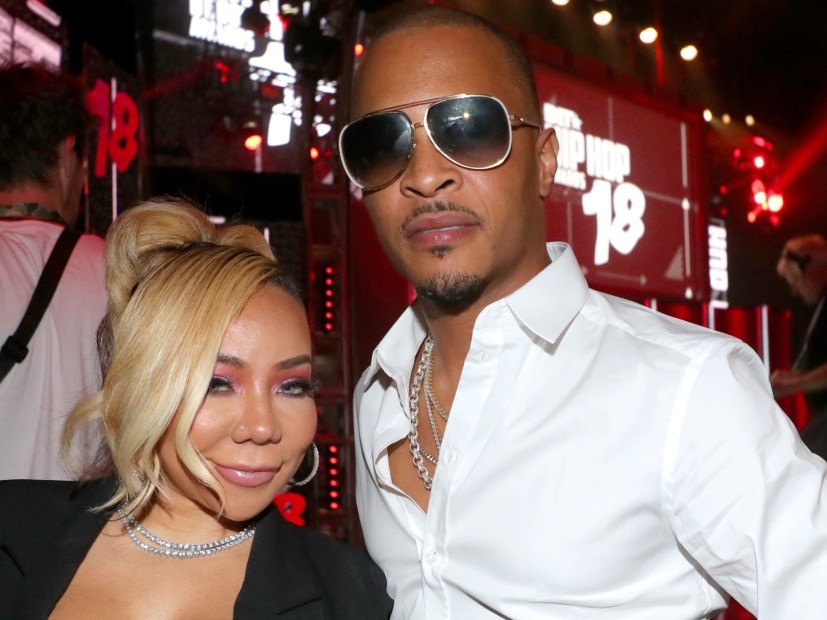 Atlanta, GA – On the season premiere of T.I. & Tiny’s Friends & Family Hustle, Tiny confronts her once-estranged husband about grabbing another woman’s butt backstage at one of his concerts. The woman in the video — small screen actress Asia’h Epperson — evidently caught the episode and reacted to the conversation about “her” on Twitter.

“Damn…anyone else need a story line?!” she tweeted on Tuesday (October 23).

Damn…anyone else need a story line?!?

Tiny was visibly irritated when talking to the Grand Hustle boss about the incident. Tip tried to brush it off but she was quick to remind him that one of the Ten Commandments is “Thou Shall Not Commit Adultery.”

Tiny filed for divorce in 2016 over Tip’s alleged infidelity but it has since been called off.

[This article has been updated. The original version was published on October 23, 2018 and can be found below.]

The season premiere of T.I. & Tiny’s Friends & Family Hustle premiered on VH1 last night (October 21). At the start of the episode, Tiny confronts her once estranged husband T.I. for grabbing a woman’s derriere backstage at a concert.

#PressPlay: #TI spotted backstage last night at his show in Indiana by a fan who posted it on Snapchat ?

Tiny was quick to remind Tip that one of the Ten Commandments is “Thou Shall Not Commit Adultery.”

“You should not be grabbing on nobody’s ass,” Tiny says.

When Tip attempts to talk his way out of it, he claims his wife is just angry because it was posted on social media and people are bothering her about it.

“I’m upset with you,” she responds. “They wouldn’t be calling me if it wasn’t for you.”

From there, Tip says he “hates” the fact other people’s opinions on their relationship matter.

Tiny later reveals Tip bought her a car after the butt-slapping incident. While she appreciated the gesture, she made sure to reiterate that didn’t change where they are in their marriage.

Despite the confrontation, Tiny does explain their pending divorce is currently off.

More fireworks are expected to fly throughout the season.