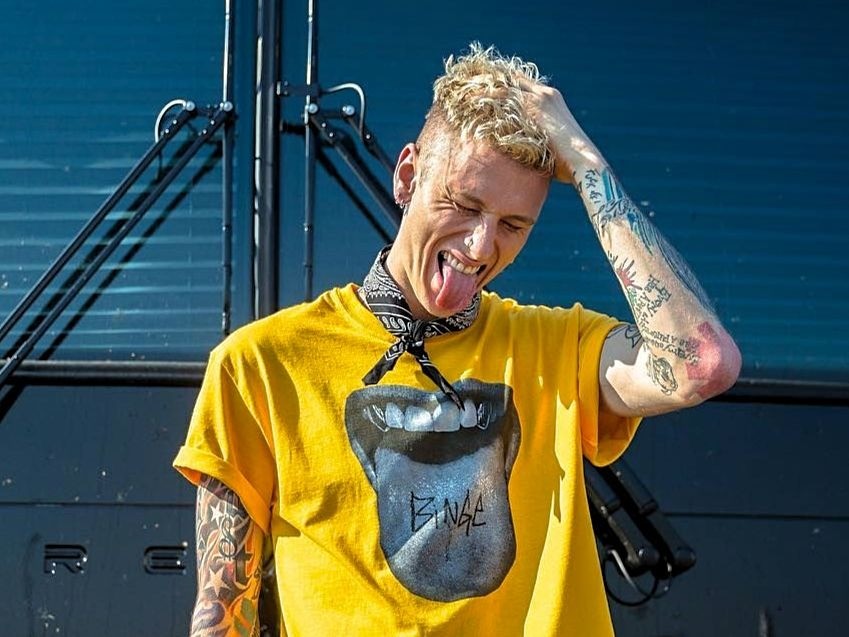 Even with the highly publicized beef with Eminem, Machine Gun Kelly’s Binge EP apparently wasn’t on everyone’s wish list. According to HITS Daily Double, the project sold roughly 21,519 total album equivalent units in its first week with 9,000 of those being pure album sales.

By comparison, Slim Shady’s Kamikaze album sold around 433,000 total album equivalent units upon its release late last month and debuted at No. 1 on the Billboard 200.

MGK has been doing his best at capitalizing on his rift with Em. On September 3, he released “Rap Devil” as a response track to Shady’s jab at him on the Kamikaze cut “Not Alike” and quickly started flaunting Rap Devil gear.

The taunting continued throughout the month of September after Em fired back with “Killshot.”

Since then, things have seemingly quieted down — for now.